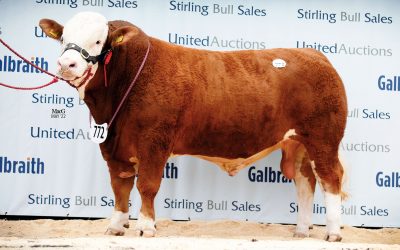 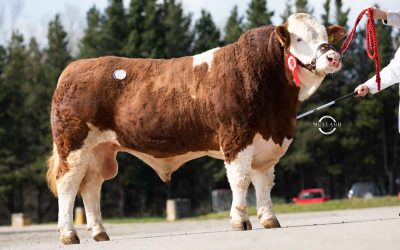 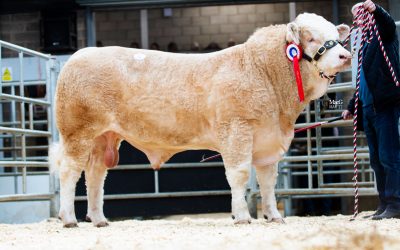 Simmentals sell to 2000gns at Carlisle

A top price of 2000gns was achieved twice in the sale of Simmental bulls at Carlisle. Supreme Champion, Drumsleed Mustang, from Gerald Smith at Blairs, Aberdeenshire was purchased by Messrs McDowell & Co for their 200 cow herd at Glenluce, Wigtonshire. Mustang is an April 2001 son of Crailing Barrister and fulfils the breed society’s Performance Recording recommendation with a Top 25% Beef Value of SM25, plus breed average Calving Value and 200 Day Milk figures. 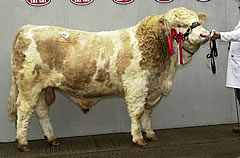 “It is this combination of good beef type and high performance records that we are seeking to deliver,” comments Roger Trewhella, general secretary of the British Simmental Cattle Society. “There was a lot of welcome comment about the good quality of bulls forward, and it is particularly welcome when this is made by farmers using other breeds. The way forward for the breed is to continuing offering buyers bulls of an excellent type and with the Performance Records to go along side. All the bulls here were Performance Recorded and the overwhelming majority of them delivered the targets we recommend to provide good, growthy progeny for the purchasers,” concludes Roger Trewhella. 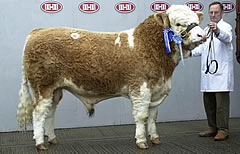 Also selling for 2000 gns was Skerrington Mutual, a Dovefields Gallant son brought out by John Young. Mutual was one of two purchases by the Logan Bros of Dalfask in Ayrshire.