By Julie Hazelton
A small show of qualify stock was how judge, Gerard Brickley, Portlaoise, described the Simmental entry at Balmoral Show.

“Despite the small numbers forward I was pleasantly surprised by the standard and calibre of the cattle at this year’s event. All entries were well presented and displayed great locomotion,” said Mr Brickley who runs the noted Celtic herd.

This much admired entry is one of two heifers purchased from the McGarry family. Her herd mate, Clonguish Brooklyn by Dripsey Super King, stood second in the junior heifer class behind the champion. They teamed up to win the award for the best pair of Simmentals on show at Balmoral, instantly qualifying for the Ivomec Super Simmental Pair of the Year competition.

Clonguish Bambi is no stranger to show success, having won the junior heifer calf championship at Virginia Show, and the breed championships at Oldcastle and Mohill shows in 2010. “We couldn’t decide between the two heifers, so we bought both of them,” said Paul McDonald.

“The champion is a stylish and eye-catching heifer. She is an early maturing animal, very wide and exactly the type of animal we should be breeding,” stressed the judge.

“The reserve champion is a very powerful and uniform bull. He has good locomotion and is wide through the shoulder and topline,” added the judge.

The intermediate heifer class was won by Barnattin Amanda, a September 2009 born Seepa Tee Jay daughter brought out by Derek Costello who made the trip to Belfast from Drogheda in County Louth. The judge added: “She is a nice feminine heifer, very correct and smooth throughout.”

Leading the senior bull class was the October 2008 born Saltire Talent son, Auchorachan Wizard, shown by Joe Wilson and Sons, Newry, County Down. Gerard Brickley added:”This bull is very long and has great hindquarters. He walked out well and has obviously been working in the herd. He should develop and mature into a big powerful bull.” 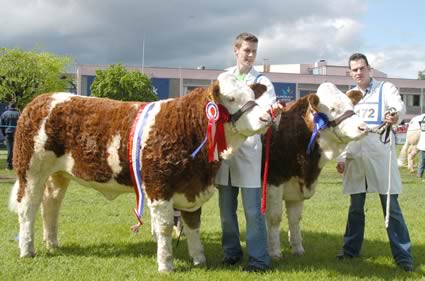 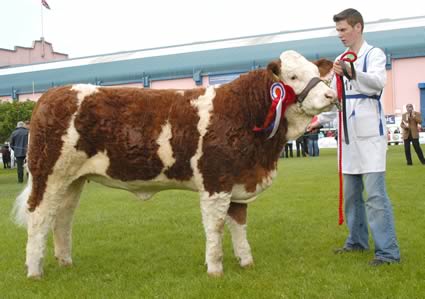 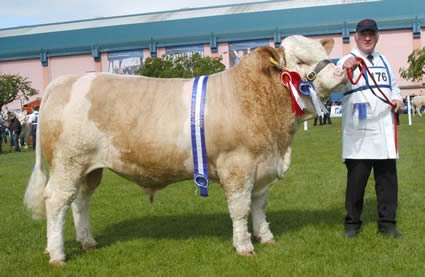 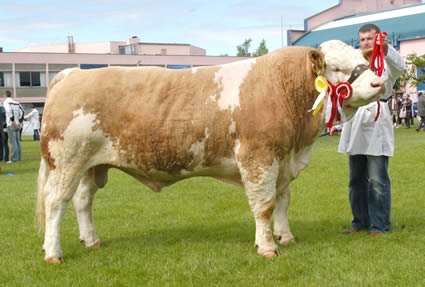 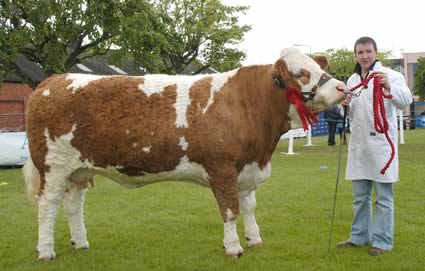 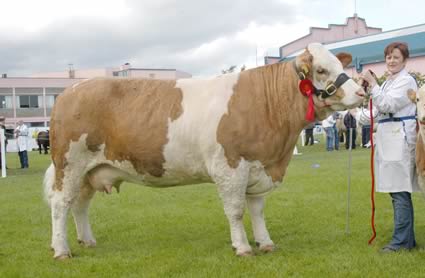 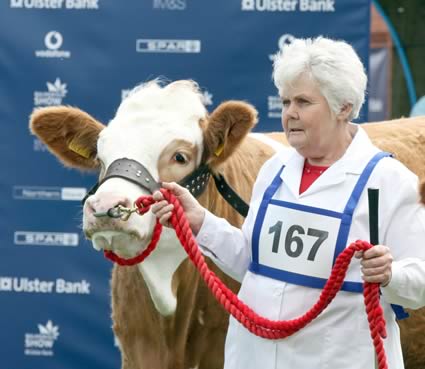 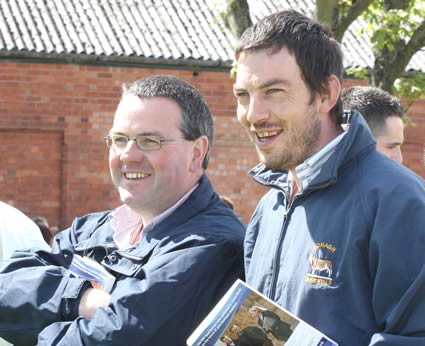 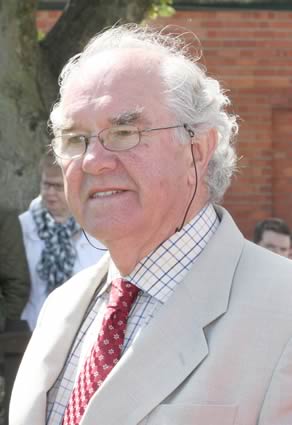 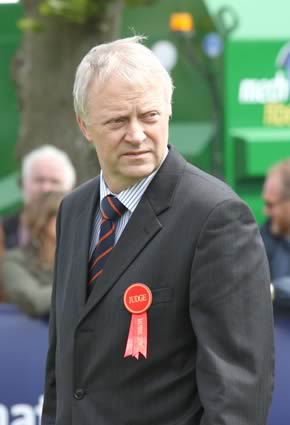 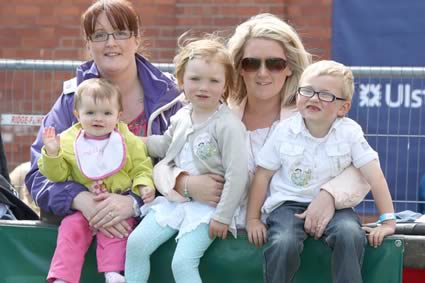 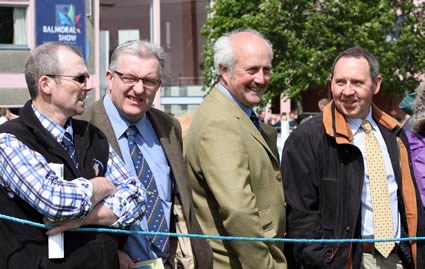 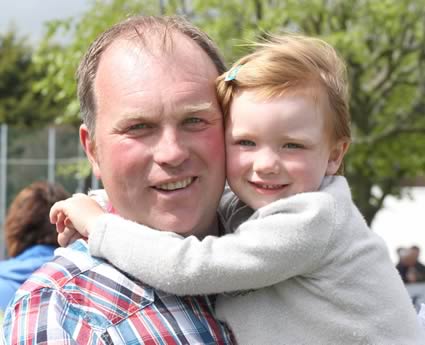 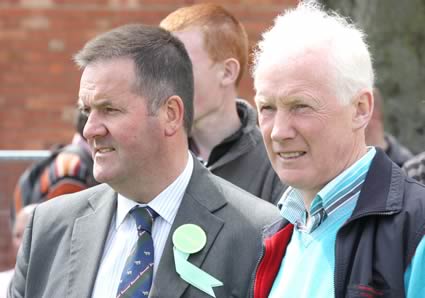 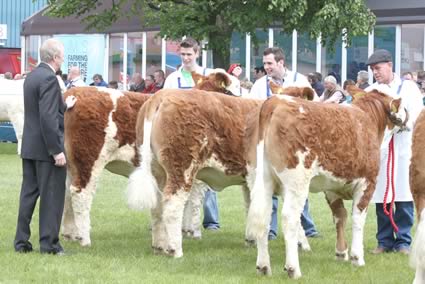 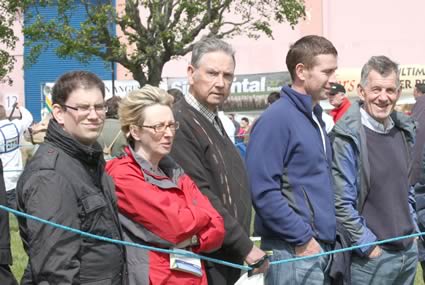