The Bosahan herd, based in Constantine, near Falmouth, has been recognised by EBLEX as the Most Improved Herd of Simmental cattle in England for 2014.

The award is presented by the EBLEX Beef Better Returns Programme (BRP) to the performance-recorded herd that shows the greatest genetic gain for commercial characteristics over a 12-month period. There is a separate award for each of 10 UK breeds.

Bosahan farm has been in the Olds family since 1964 and was a dairy enterprise for 42 years. In 2005, the Trewardreva dairy herd was sold and since then they have concentrated more simply on the home farm, made up of 50 acres of permanent grassland and 20 acres of woodland.

The Simmental herd was established soon after the dairy herd was sold when John, having been impressed by the temperament of the Simmental breed, purchased their seven foundation cows and a stock bull. This small herd went on to produce an impressive 17 heifer calves in three years. The Bosahan herd now has 33 active females with over 60 per cent born since 2009.

The Bosahan herd calves from November through to March, with the aim to calve heifers down at around two years and nine months.

While housed over the winter, cattle are fed home-produced silage, supplemented with concentrates. Creep feed is offered to calves from 12 weeks old and they are weaned at nine months. Post-weaning, bull calves remain housed on woodchip and are fed individual rations through an out-of-parlour feeder.

At 12 months of age, John and Bridget Olds decide which of the male calves meet their criteria to be sold as breeding stock bulls and the remainder are finished by 16 months. All are reared commercially, with breeding bulls being fed a maximum of 10kgs per day by 17 months of age and achieving daily liveweight gains from birth in excess of 1.5kgs.

Before turn out, cows are pregnancy diagnosed and animals are managed according to group. The bull stays with recently calved cows or those identified as empty. Fertility is important for all breeders and the Bosahan herd has a calving interval averaging 389 days. In June, the bull calves together with their dams are separated into a group away from the heifer calves.

Guided by the figures

Bridget and John have been performance recording the herd since 2009, believing the breeding value figures are informing decisions made by both pedigree and commercial breeders. They began by submitting weights and in 2010 incorporated ultrasound scanning to help identify which families are producing progeny with the best beef carcases.

“In terms of the desired traits within the herd, we aim for average calving ease and prefer to see vigorous calves that are keen to suckle,” John said.

“We would expect birth weights of 50kg from mature cows.”

They feel the 400-day weights give an important guide to performance potential and market bull beef at 14 to 16 months, achieving weights of approximately 750kg, producing U grade carcases which kill out at 55 to 58 per cent. Attention to Estimated Breeding Values (EBVs) for Retail Beef Yield and Eye Muscle Area are also helping them to improve their finished beef.

“We are also starting to monitor and select on milk figures, particularly in relation to heifer replacements,” John said.

“This will build on the genetics we have already established and will continue to deliver improvements in our females’ ability to rear their calves.”

Skerrington Armada, their stock bull since 2011, is used on the majority of the herd, with approximately 10 per cent, including Armada’s daughters, artificially inseminated using semen from different bulls. Last year they accessed semen from Dirnanean Apostle, a young, polled bull on test, boasting the highest eye muscle score in the breed and easy calving. Apostle is by a New Zealand bull and provides a good outcross, widening the genetic base.

They have also used Dirnanean Jacob and are confident that the genetics and figures from both of these bulls will complement the Bosahan herd. Continuing to develop the Bosahan herd and accessing new bloodlines is becoming their main challenge for the future.

Being members of the Premium Cattle Health Scheme run by Scotland’s Rural College (SRUC), they recognise that reducing the risks of BVD, IBR, Leptospirosis and Johnes disease not only benefits their herd, but also encourages purchasers to buy with confidence. In addition, they are in a 12-month TB testing area. They believe this high level of vigilance reduces the odds of vendors acquiring hidden disease.

They have only recently begun selling animals from the herd and until this year have mainly sold directly off the farm to both commercial and pedigree breeders. Having a herd of young cows, including seven first-calving heifers in 2013, they decided to sell some surplus females. They took three bulls and10 heifers to prospective buyers at the Bristol Society Sale on 10 May this year, which proved to be a landmark day for the Bosahan Herd.

Of the three bulls, Bosahan Dynamo broke the sale record, being acquired by the Denizes Pedigree Herd for 9600gns. Bosahan Declaration and Bosahan Dandini were sold to commercial buyers for 2,100gns and 3,500gns respectively. These buyers can expect to produce early-finishing cattle with the high weight-to-age ratios which the Simmental breed are renowned for, plus outstanding suckler cow replacements.

John and Bridget have a realistic view of today’s market, selling at both ends of the spectrum, with bulls at the Bristol Society Sale averaging 5000gns and heifers averaging 1900 gns. It was a busy and exciting event for the Bosahan herd, with all of the females and 80 per cent of the bulls sold on the day.

“Due to our success at the Bristol Sale combined with private sales, the Bosahan prefix is now represented in pedigree herds throughout the British Isles,” John said.

“We’re thrilled to think that Bosahan genetics could be providing successful foundation bloodlines for other breeders.”

In addition to their own website – www.bosahan.org.uk – they promote the herd through social media such as Facebook and advertise through agricultural merchants and markets. They believe that local shows, such as the Royal Cornwall Show, the October Cornwall Pedigree Beef Calf Show and summer one-day shows provide an excellent shop window for their stock, and they are proud to have acquired a few rosettes along the way!

Bridget and John were delighted and very surprised to win the Improved Herd Award for a second consecutive year. They put their success down to the fact that they have a young herd and a recent influx of new genetics from the seven first-time calving heifers, giving a boost to their figures. These females, daughters and granddaughters of some of their foundation cows, combined with Armada, is having a positive influence and seems to be working well within the family bloodlines. This bodes well for the future of the Bosahan Herd. 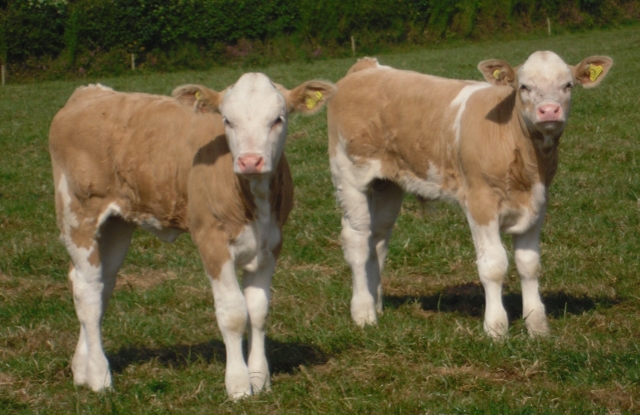 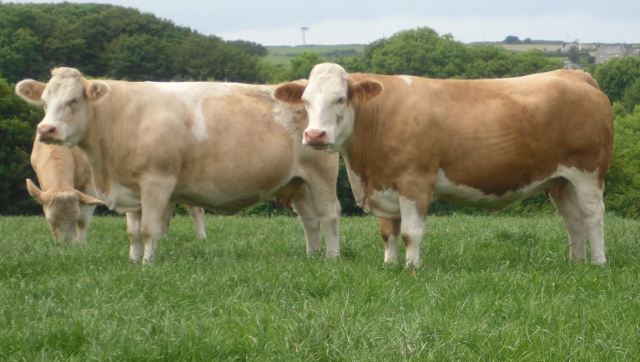 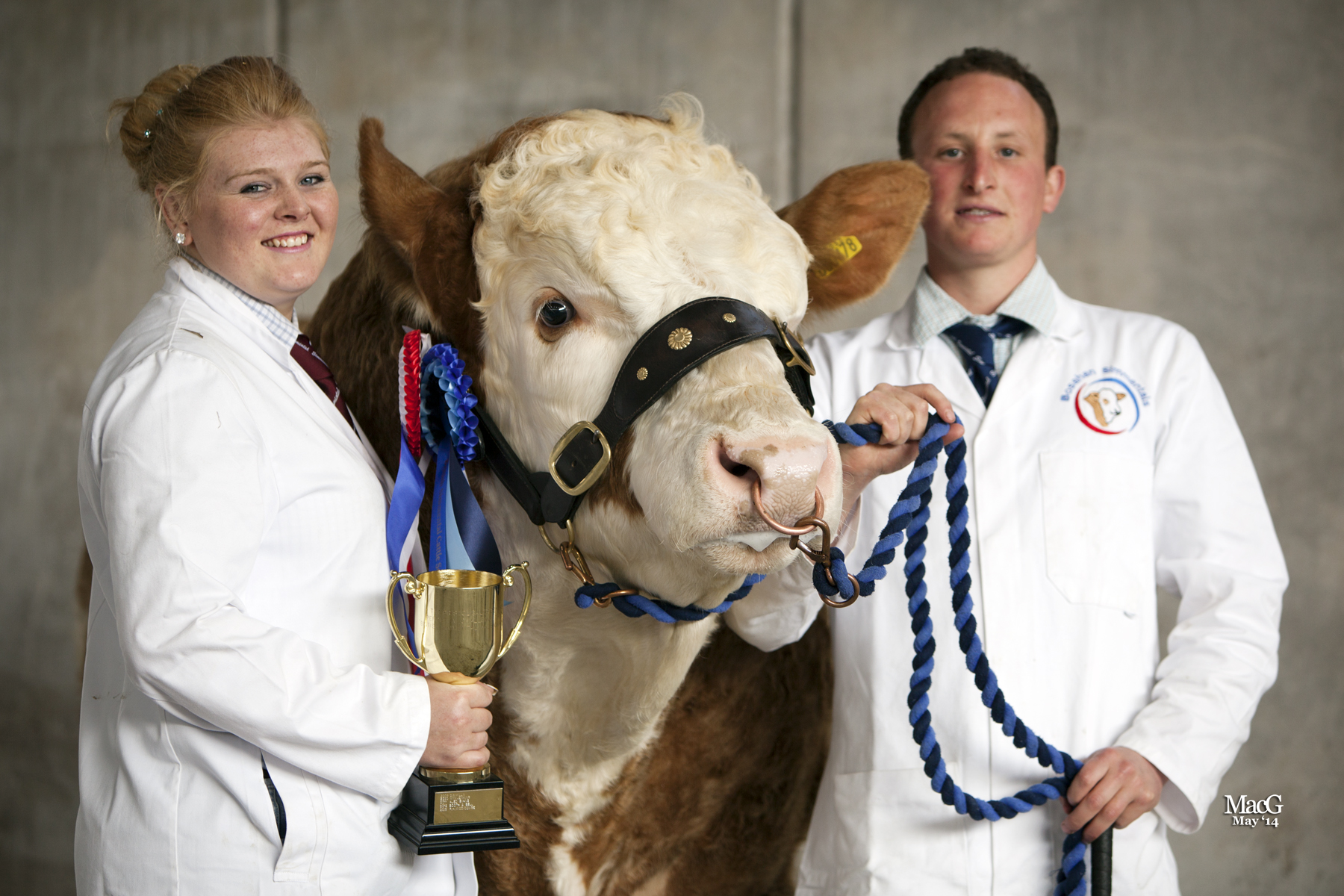 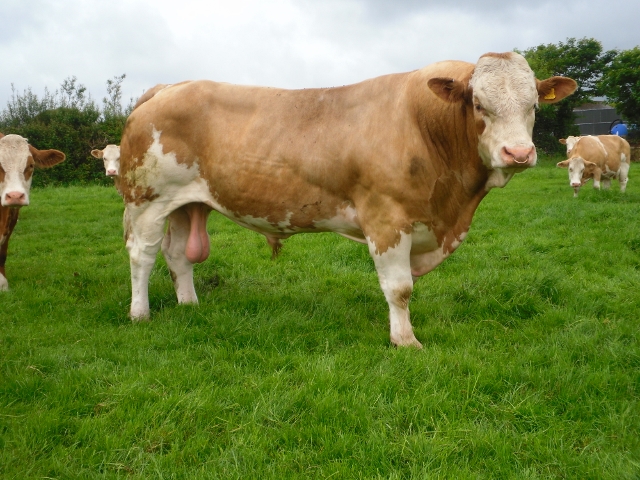