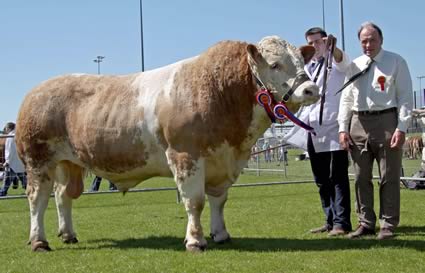 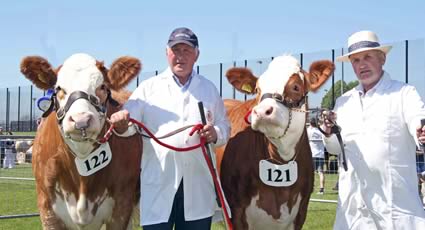 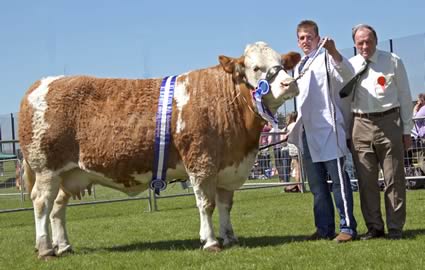 Runner-up in the female section was Lisglass Clover 2nd, a home-bred junior heifer from Leslie and Christopher Weatherup’s herd at Ballyclare. 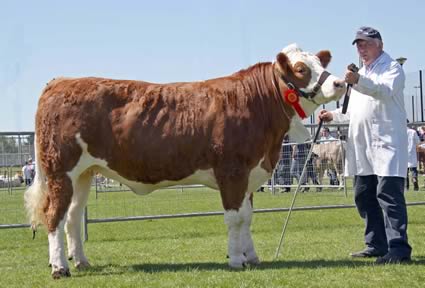 Two home-bred heifers from David Hazelton’s herd at Dungannon qualified for the Ivomec Super Pair of the Year Final. They were Ranfurly Weikel 6th and Ranfurly Weikel 7th. 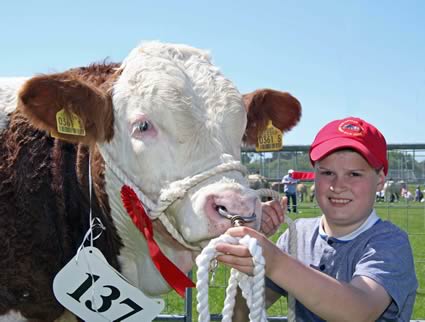 Results from the 2012 Ballymena Show include:

Qualifier for the Ivomec Super Simmental Pair of the Year:
David Hazelton.