It was standing room only at this years N.I. Simmental Cattle Breeders Club Spring Show and Sale in Dungannon Farmers Mart on Tuesday 6th April 2010. A packed ringside witnessed an outstanding show of both pedigree and commercial Simmental cattle.

Judge Kenneth Veitch from Lisbellaw awarded the Northern Bank Supreme Championship to the June 2008 born bull Drumbulcan Waterfall, from County Fermanagh breeders Harold Stubbs and Andrew Burleigh. Bred by Kenneth Stubbs, this popular champion was sired by Omorga Regan, out of the Barnattin Larry dam Drumbulcan Risotto. The judges choice was justified when Waterfall topped the sale at 4000 gns selling to Malcolm Fleming from Magherafelt. 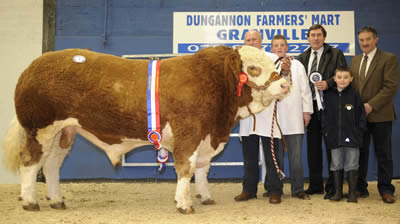 Camus Ascot 09 picked up the Reserve Championship for breeder Joe Campbell from Strabane. Sired by Brinkton Brilliant and out of the Hillcrest King cow Camus Polly, this January 2009 born bull sold readily for 3100 gns to John Blair from Moneymore. 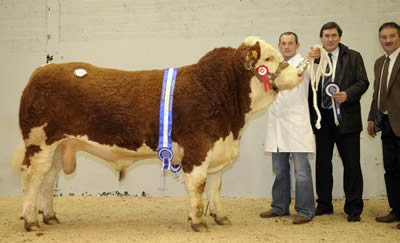 The award for the best opposite sex to the champion went to Drumagarner Annabelle, exhibited by Eammon McCloskey from Kilrea. This yearling Derrycallaghan Hamilton daughter was knocked down for 2100 gns to P Ward from Strabane. Top price in the pedigree female section was 2900 gns for Cladymore Tinkerbell, a January 2006 Dirnanean Nugget cow with bull calf at foot, shown by Archie Reaney from Armagh and selling to M McDonnell of Omagh. 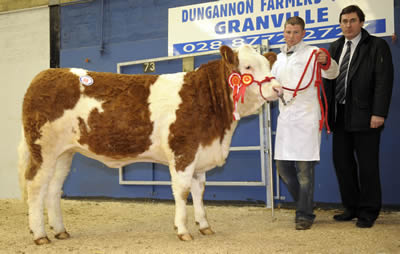 The highlight of the sale, however, was the outstanding demand for commercial heifers, with buyers eager to acquire Simmental genetics as a foundation for their suckler herds resulting in a complete clearance. Cecil McIlwaine topped this section with a 470 kg heifer selling for £1750 to R McConnell from Newtownstewart, closely followed by M Fegan’s £1700 for 460 kg to W Fleming of Magherafelt. R N Weatherup’s 560 kg heifer made £1600 selling to M Fleming, Magherafelt, while Adrian Richardson averaged £1340 for 5 heifers with an average weight of 500 kg. 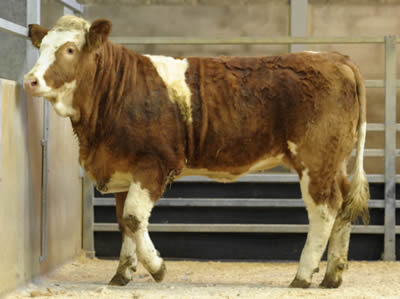 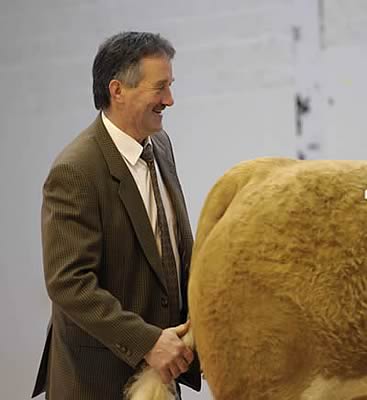 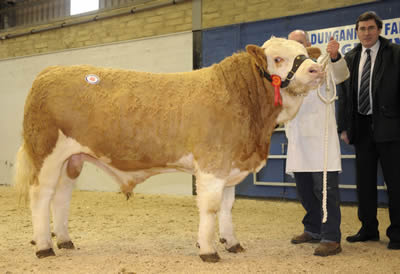 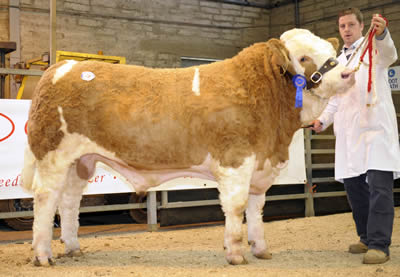 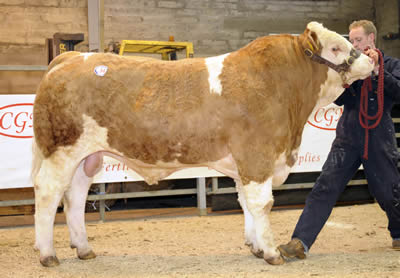 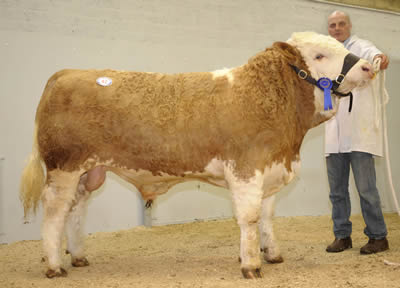 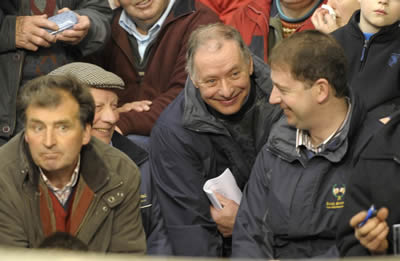 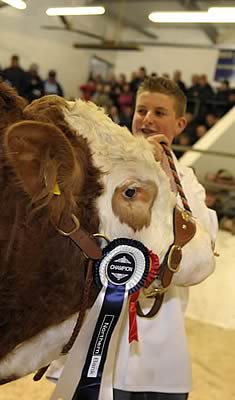 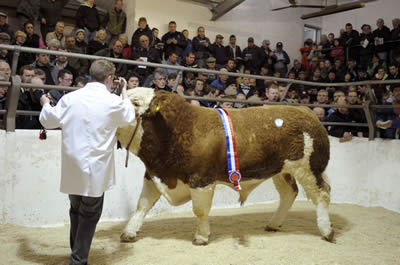 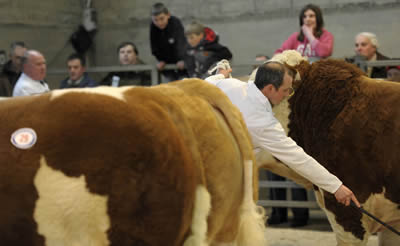 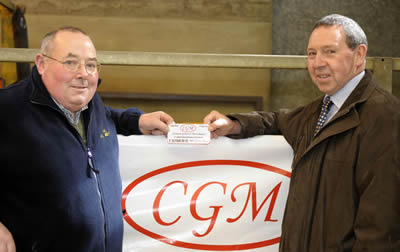 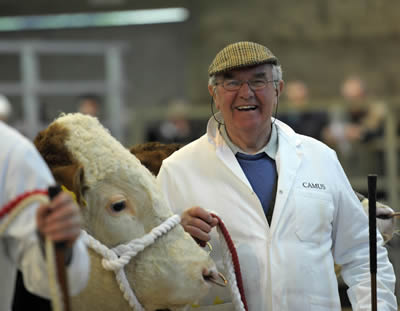 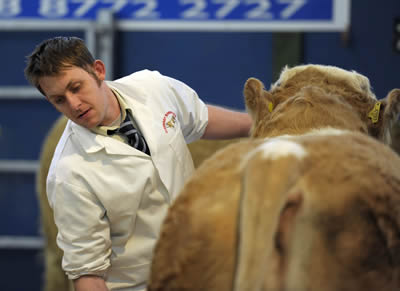