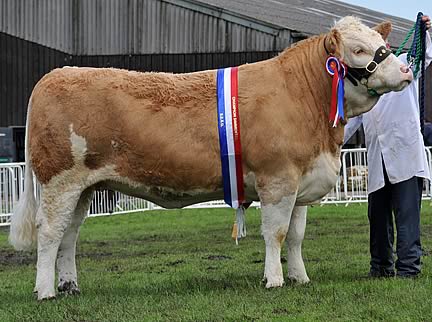 Concluding a rather wet day’s judging at Peterborough, the English National Simmental Show championship went the way of Boddington Estates with their female champion Sterling Krumpets Britney, an ET-bred Sterling Flint daughter out of Sterling Hawaii’s Krumpet and she has carried on her fantastic form from earlier in the show season when she stood interbreed champion at Devon County Show. 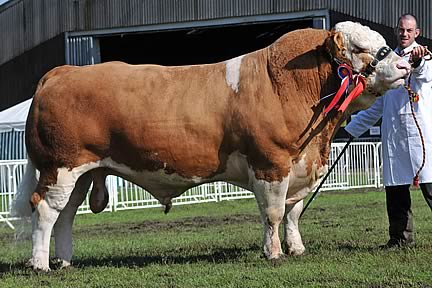 Taking the reserve title was overall male champion was Clonagh World Class, the Irish bred Kilbride Farm Newry son from the Borlase family. This one was bred in Garrett Behan’s herd and was part of the winning Burke Trophy pair at last week’s Royal Norfolk Show 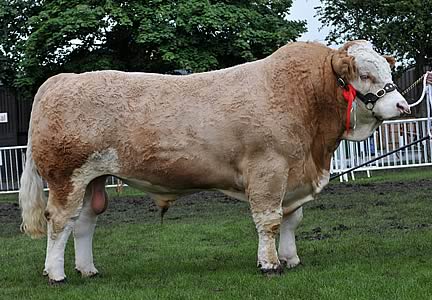 Standing reserve to him was David Donnelly’s intermediate winner Lisglass Barnabus, who is by Raceview Stanley out of Glenturk Tessa, making it a one-two for Irish bred bulls. 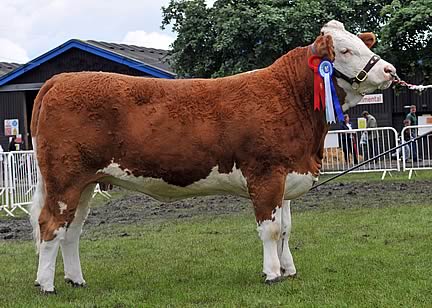 Standing reserve female and reserve senior heifer championship continuing a great run of results from previous National Shows was Ann and Tony Jukes with Swallowhill Bluebelle, a May 2010-born dark red Hillcrest Champion heifer out of the Raceview King daughter Raceview Vita Kim who was purchased privately from the O’Connell family as a calf.

It was a repeat of the male junior championships for the overall championships with Beetley Cooperman, a Cairnview Snazzy son out of Beetley Wisteria from Abram Farms taking the top spot, while the reserve junior male spot went to the Hind family with Ravensdale Chopper, a Heathbrow Wizard son. 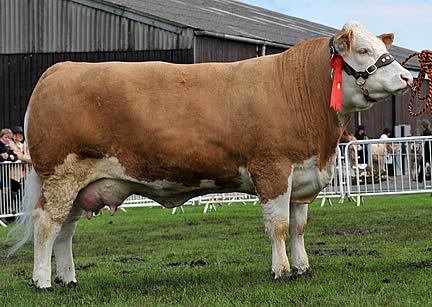 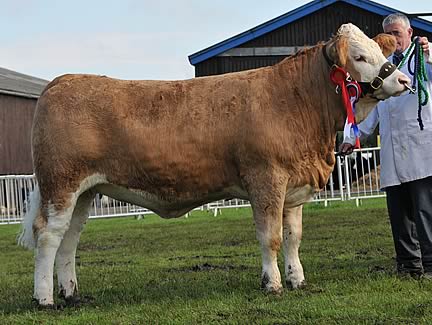