It is a commonly held belief that Continental cattle require a little extra “TLC” to perform to their best. However, East Anglian-based herdsman Stephen Brett is proving this wrong with the Theberton Simmental herd of Justin and Emma Dowley, Theberton, Leiston, Suffolk.

Founded in 1971 by Emma’s father, Martin Dowley, the herd is one of the oldest in the country, with three cows purchased initially and a further five added during the 1970s.

“…we need a cow which can thrive on this sort of ground and the mediocre forage it can produce. Simmental cows suit our system well, being great mothers, docile and milky.”

“Since then only homebred females have been retained, with bulls sourced from herds across East Anglia when required,” explains Stephen.

The current plan is to retain 10-15 heifers each year as replacements, with these carefully selected with the aim of continually improving herd quality. And, with the herd closed, health status is maintained at a high level, with the herd accredited for both Johne’s and BVD.

“Surplus heifers are sold for breeding, with the bottom end finished alongside male calves, with these all sold as locally as possible, largely to local wholesaler Bramfield Meats, with cattle slaughtered at H G Blake’s abattoir, Norwich.

“I’m a big believer in minimising unnecessary travel for stock so we aim to sell as locally as we can. All cattle grade as U and R grades, with a target of 300-350kg carcasses,” adds Stephen.

Currently calving all year round to provide a steady flow of finished cattle throughout the year, the herd is moving more towards an autumn calving block, with heifers calving into the herd at 2.5-3 years old. 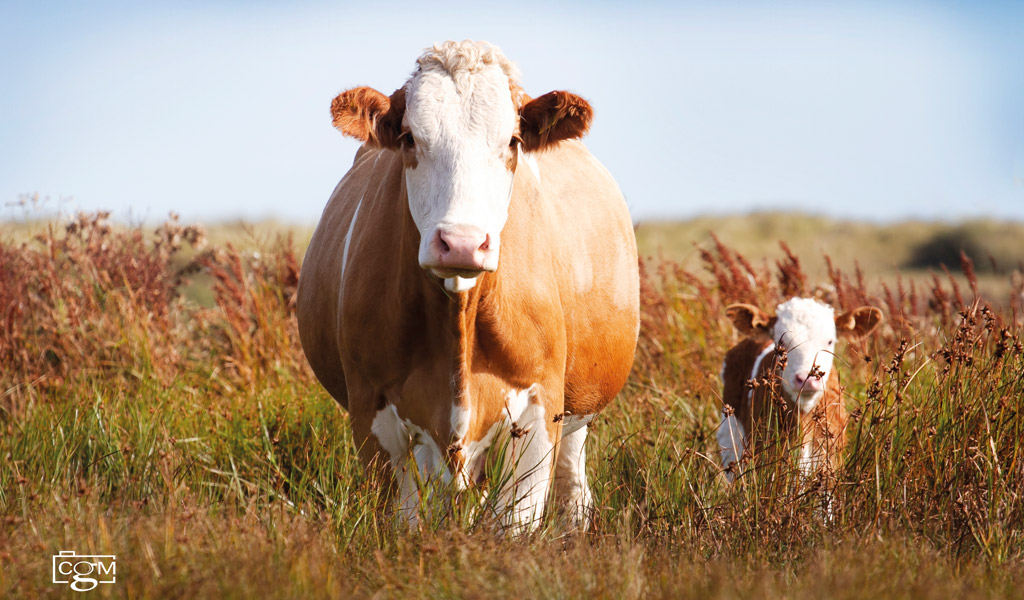 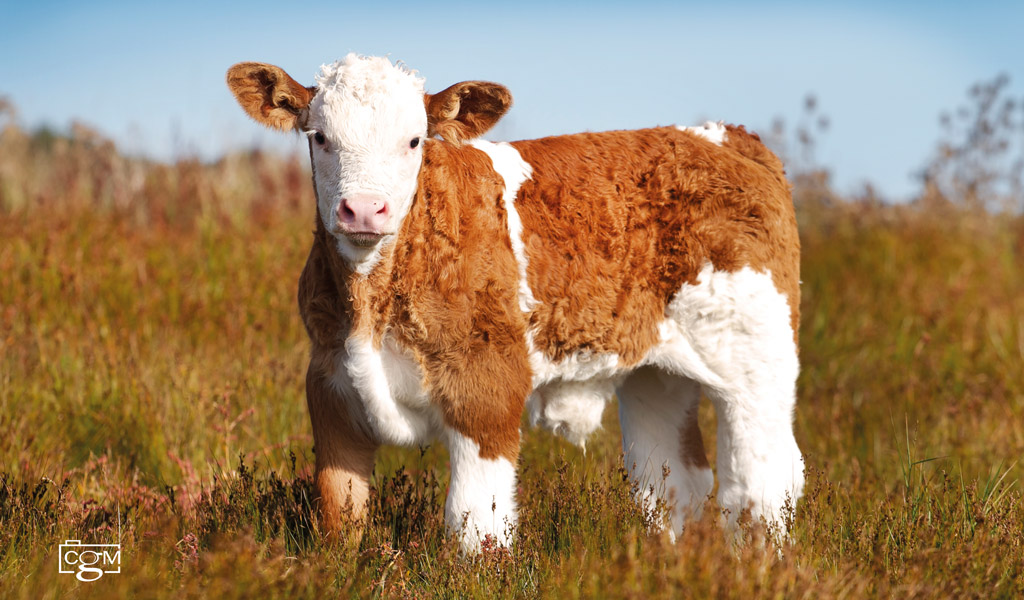 coastal marshes Stephen says they’re the ideal cow for the farm. “They thrive off this type of rough grazing, with the only supplement given to cows over the winter being home produced grass and maize silage and fodder beet.

“…They thrive off this type of rough grazing, with the only supplement given to cows over the winter being home produced grass and maize silage and fodder beet…”

“We finish prime cattle using homegrown barley, starting them on a little feed at about a year old. However, cows have a forage only diet and do well on it, rearing calves on milk alone, with creep feeding ruled out by the restrictions placed on the marshes.

“Cows have access to a straw pad for a dry lying area when outwintering, but that’s as far as creature comforts go for them,” he says.

Herd health management is also kept simple, with pour on treatments used for fluke and worms, with fluke being an ever-present threat as much of the marshland lies just 1m above sea level.

“We also give cows a mineral and trace element bolus in spring to counter any deficiencies, with fly tags also used on both cows and calves throughout the summer months.”

Breeding wise, the herd is currently using three homebred bulls alongside sires from other local herds, including Key Eric and former herd sire Thursford Ant. “We also use a little AI each year, often on heifers as they are around the yard, making AI much easier than for cattle out on the marshes.

“I tend to favour older, proven sires for AI, including Kilbride Farm Newry, Skerrington Legacy, Brinkton Sovereign and Gretna House Supersonic,” explains Stephen. “Because we don’t buy in females, we can afford to use some of the more traditional, widely used sires as our females are clear of those genetics,” he adds.

And, despite the limitations placed on the herd due to grazing, it has been successful on the local show scene, winning championship tickets at The Royal Norfolk, Hadleigh, Suffolk and Aylsham shows.

The herd has also risen to the top in the East Anglian herd competition, being herd of the year in 2019. “Showing isn’t the primary purpose of the herd, but it is a nice addition to what we do and has proven a good way to promote our stock in the past. Both my sons enjoy showing and Emma and Justin enjoy the shows as well.”

“Due to the fact our cattle aren’t pushed in terms of diet, younger stock tend to struggle against those from more heavily fed herds, but mature animals more than stand their ground, including Theberton Abigail, a Kilbride Farm Newry daughter, who was successful at Hadleigh, Suffolk, Royal Norfolk and Aylsham shows in 2015.”

Stephen adds that longevity is a key attribute within the herd, with the aim for cows to still be productive at 12 years old and the best lasting until 15 years old. “We only bring heifers in if they are better than the worst cow in the herd and that means we are highly critical of our own stock, looking for incremental improvements every year.” 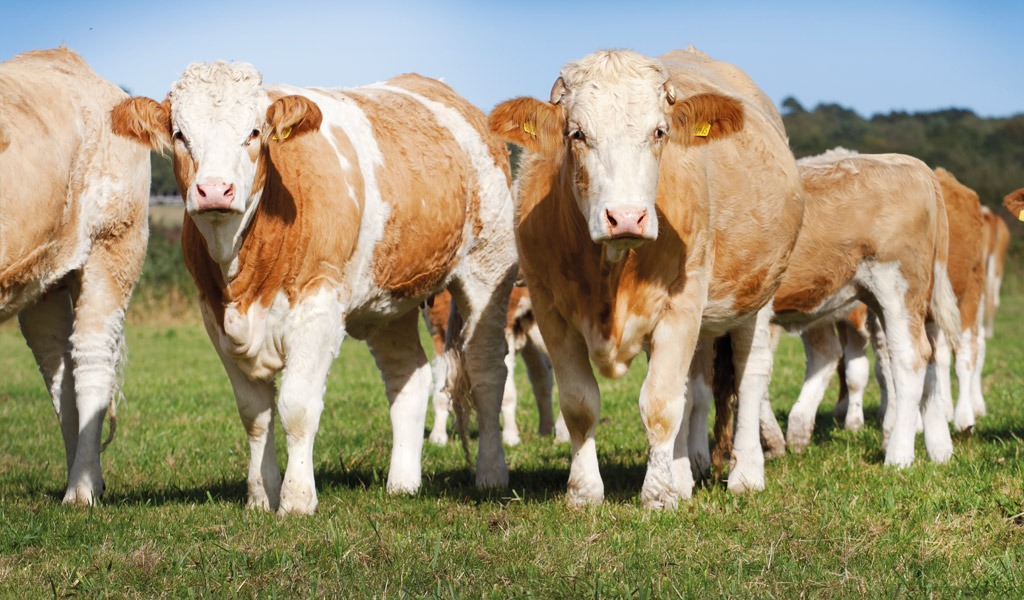