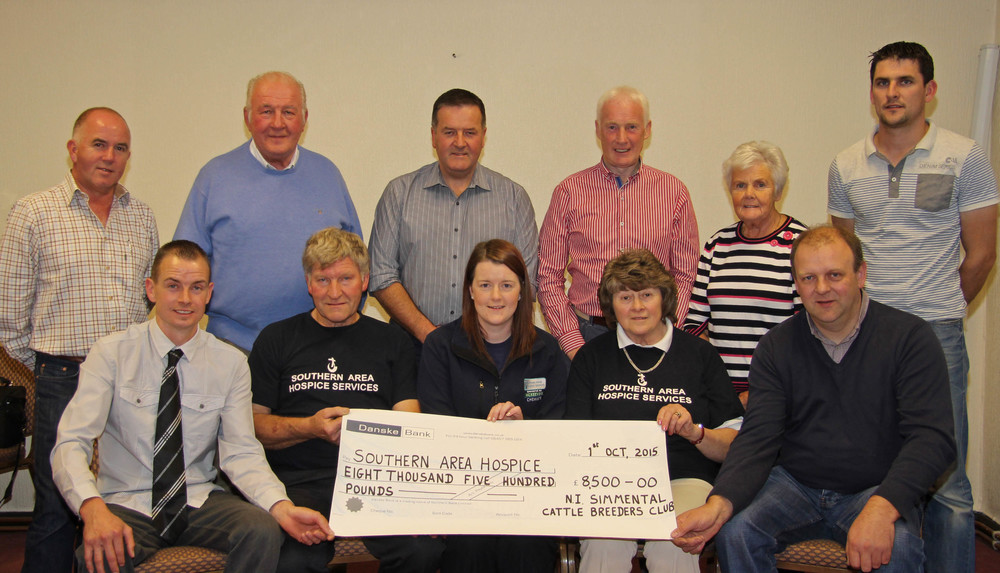 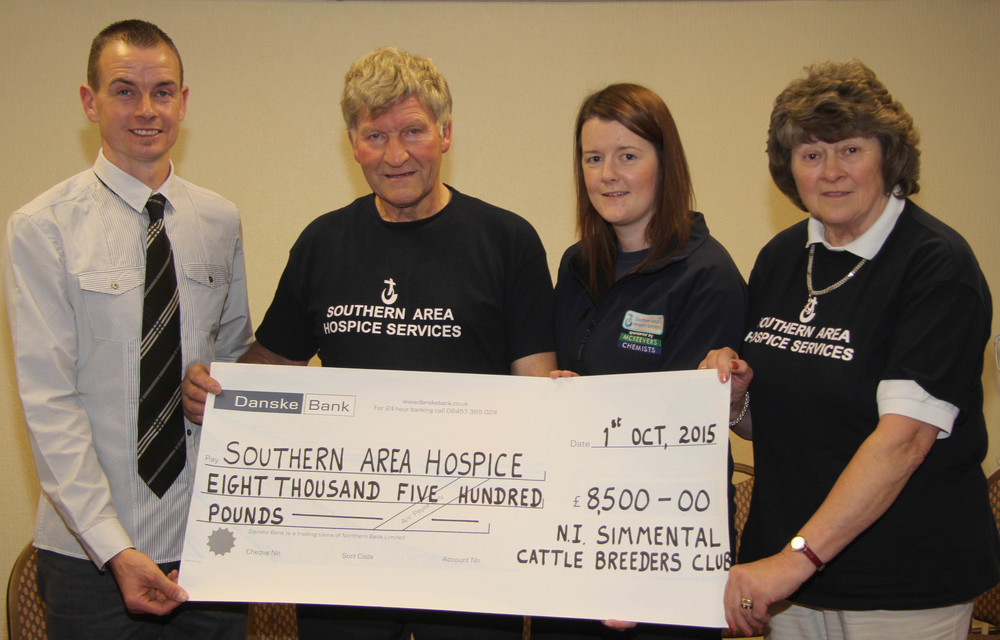 The NI Simmental Cattle Breeders’ Club has presented a cheque for £8,500 to Southern Area Hospice Services.

The money is the proceeds of the club’s 2015 charity BBQ and auction, which was boosted by a raffle organised by club members and hospice fund raisers John and Julie Jardine from the Spelga View Herd based at Ballyroney, County Down.

John Jardine said: “I would like to personally thank the Northern Ireland Simmental Cattle Breeders’ Club for its generous support. The BBQ and auction was a huge success.”

Southern Area Hospice Services is a local charity providing care for people who are living with cancer and other life-limiting illnesses, such as Multiple Sclerosis and Motor Neurone Disease. The charity cares for over 1,000 patients annually.

Anne MacOscar, regional marketing officer, Southern Area Hospice Services said:”A sincere thank you to everyone involved. This is a wonderful donation, and we really appreciate the club’s support.

“In order to continue providing a high level of service we have to raise £2.38 millon pounds annually. Southern Area Hospice Services relies heavily on the generosity of local people, and a large network of volunteers to help us achieve our target.”

The NI Simmental Cattle Breeders’ Club has been hosting its charity BBQ at Dungannon Rugby Club for 24 years, and during that time has raised in excess of £100,000 for local charities.