The Simmentals impressed Scottish judge Alasdair Houston to secure the award for the best breed on parade at last weekend’s Ballymena Show.

The line-up of prize winning Simmental cattle was led by the day’s male and supreme overall champion Dermotstown Delboy, exhibited by the father and son team of Leslie and Christopher Weatherup, Ballyclare.

Fresh from success at Balmoral Show a few weeks ago, this twenty-month-old bull caught the eye of County Donegal judge Bertie Houston, to take his second successive breed title. Sired by Kilbride Farm Newry, he notched up a string of awards in southern Ireland last year, and was purchased privately by the Weatherup’s as a stock bull for their 35-cow Lisglass herd. 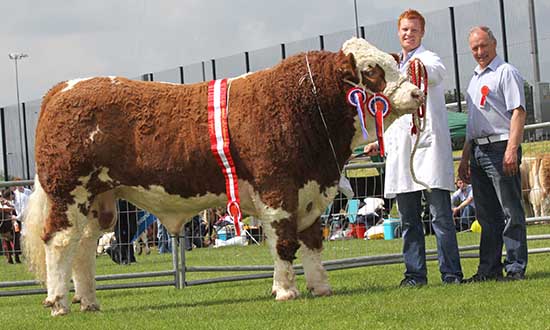 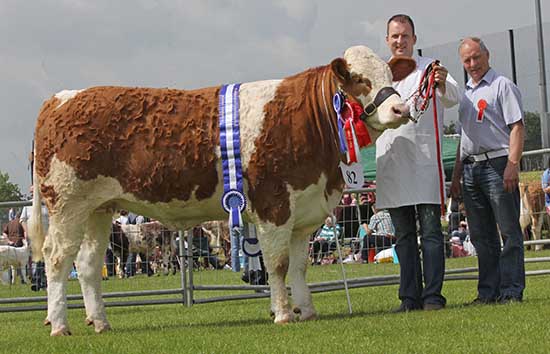 The reserve male award went to the junior bull Slievenagh Emperor exhibited by Robin and Darla Boyd, and sons Christopher and Jamie, Portglenone. This  fourteen-month-old bull is by Curaheen Apostle, and out of a home-bred dam. 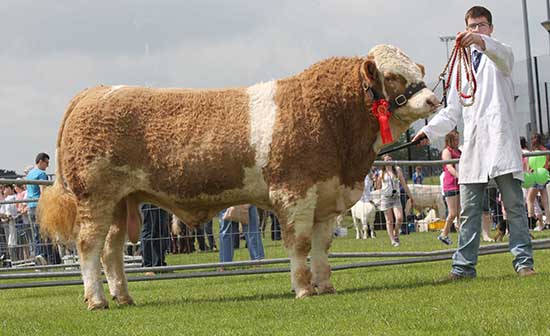 Later in the day Slievenagh Emperor, and herd mate Slievenagh Extra Special, won the interbreed pairs award under the expert eye of James Playfair-Hanney from Roxburghshire.

Runner-up for the female championship was the three-year-old cow Lisglass Clover 2nd from Leslie and Christopher Weatherup. She was sired by the 10,000gns Slimero Victory, and is out of a dam carrying the Kilbride Farm prefix. 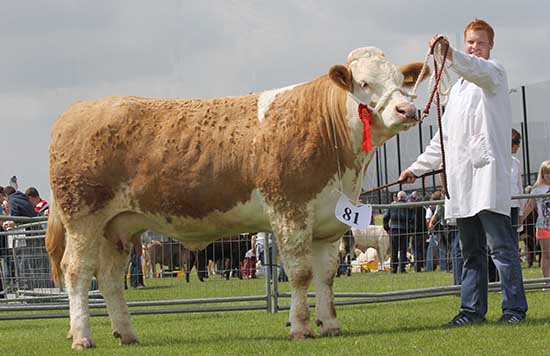 Ballymena Show is one of the NI Simmental Club’s nominated points shows for the Danske Bank-sponsored Male and Female of the Year Awards. It also hosted the second qualifying round of the Ivomec Super Simmental Pair of the Year Competition. 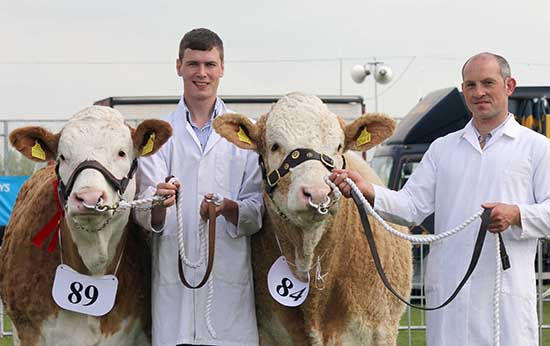 Bull, born on or before 31/12/12 – 1, Leslie and Christopher Weatherup, Dermotstown Delboy by Kilbride Farm Newry.