With a clearance of 83% a clear indication the breed is increasing its share of the market.

Topping the trade on the day was Kersknowe Dandy, a Starline Apollo son out of a Skerrington Top of The Pops daughter, he sold for 16000gns, into the Peasiehill herd of Brian and Lynn Soutar. 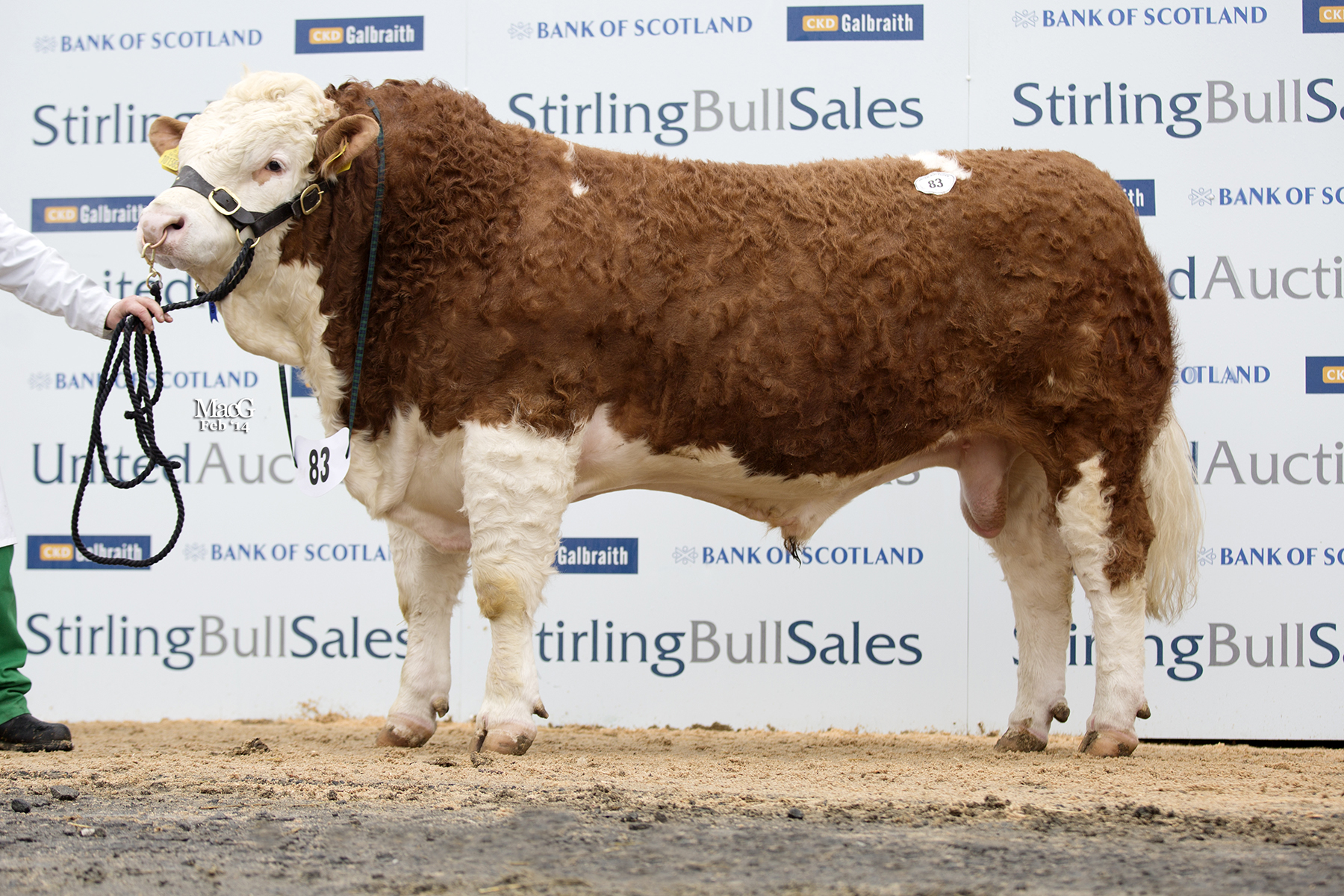 The Supreme and Junior champion was next best at 15000gns, from the Atlow stud of David Donnelly, this Lisglass Barnabus son out of a Cairnview Snazzy daughter heads to Aberdeenshire to the Islavale herd of Stewart, Hazel and Stewart jnr Stronach. 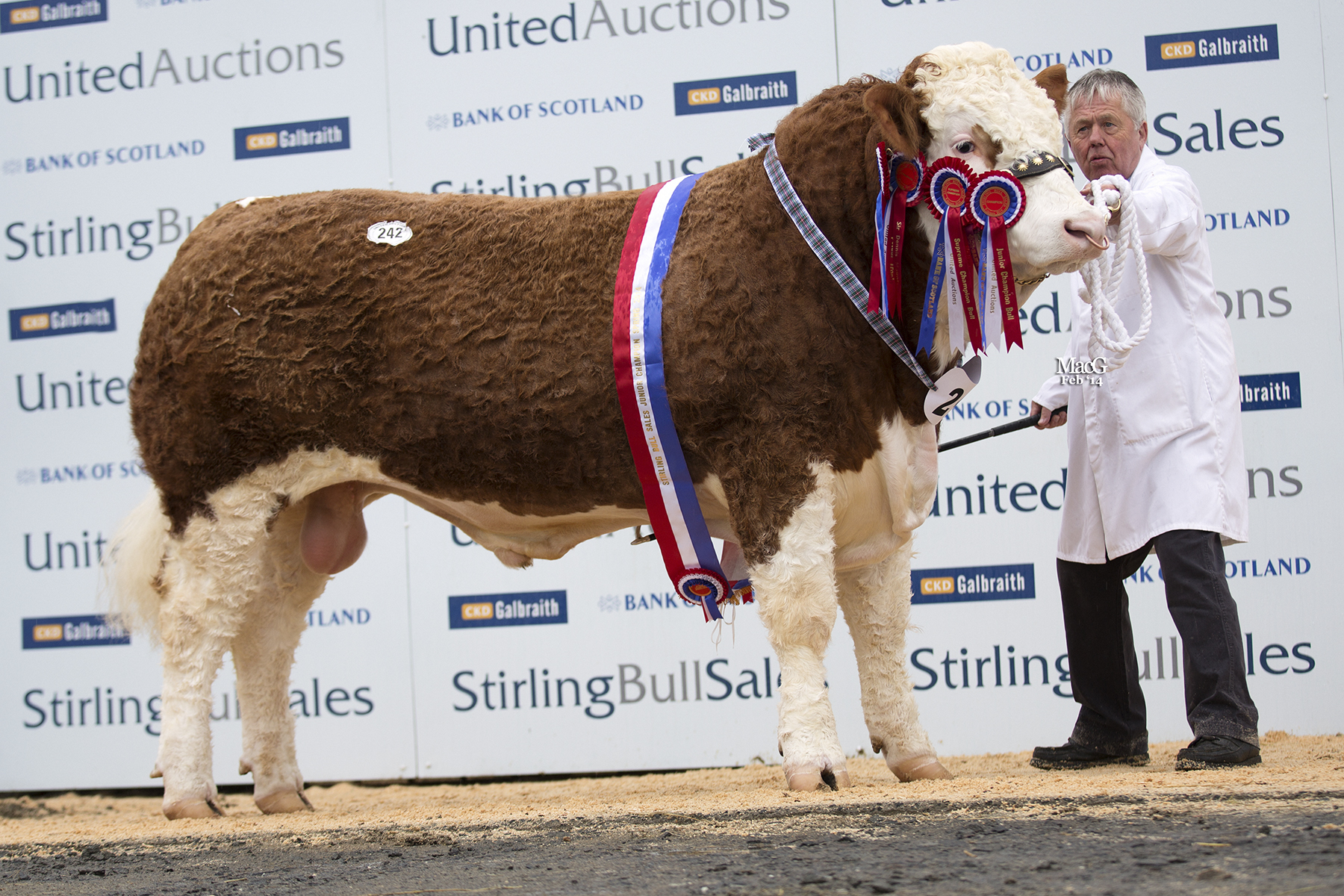 The third top price of 14000gns came from the Stronach’s pen, Islavale Donald a Curaheen Bandit son out of a Glenturk Premier daughter, he heads for Perthshire to Adrian Ivory’s Strathisla herd. 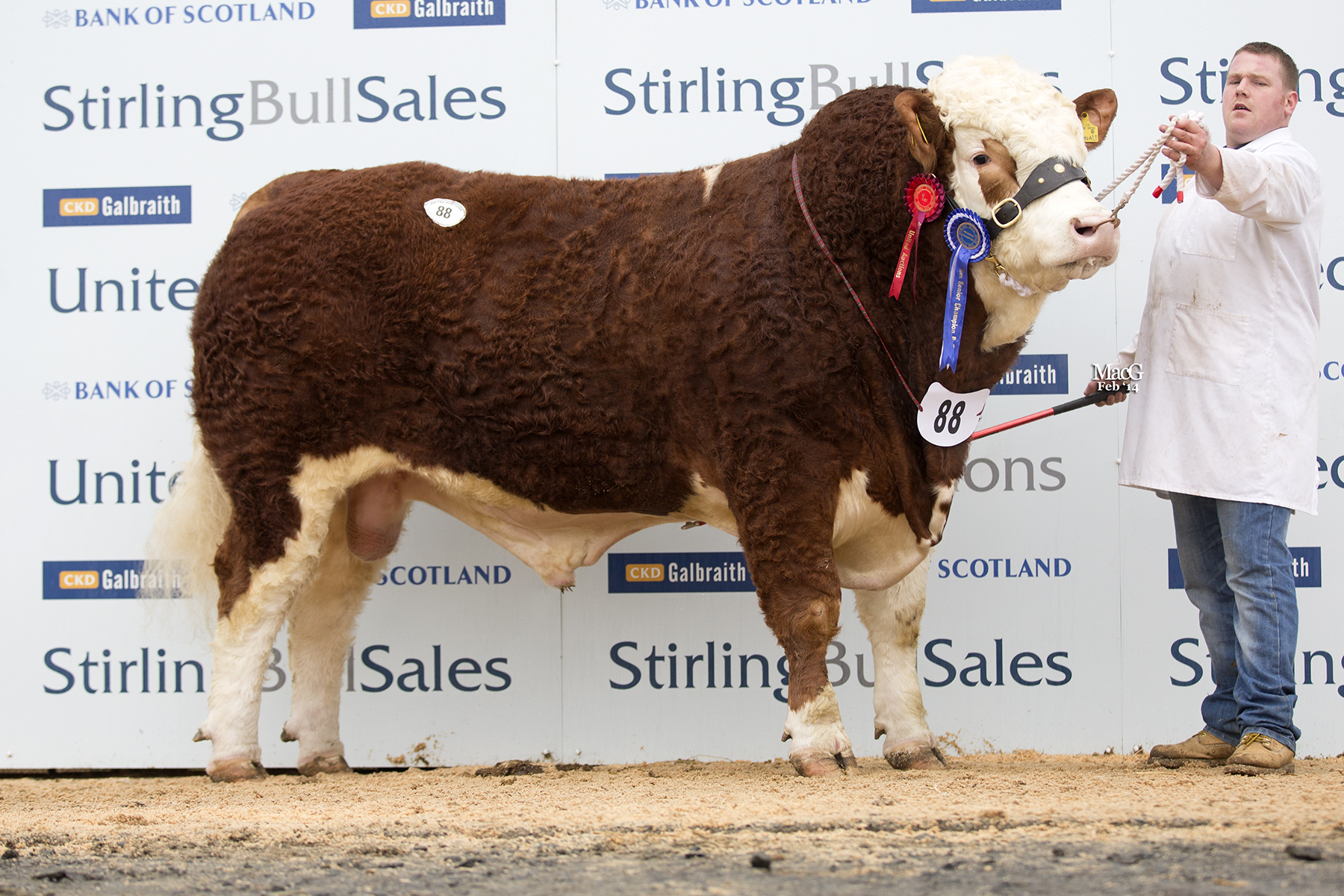 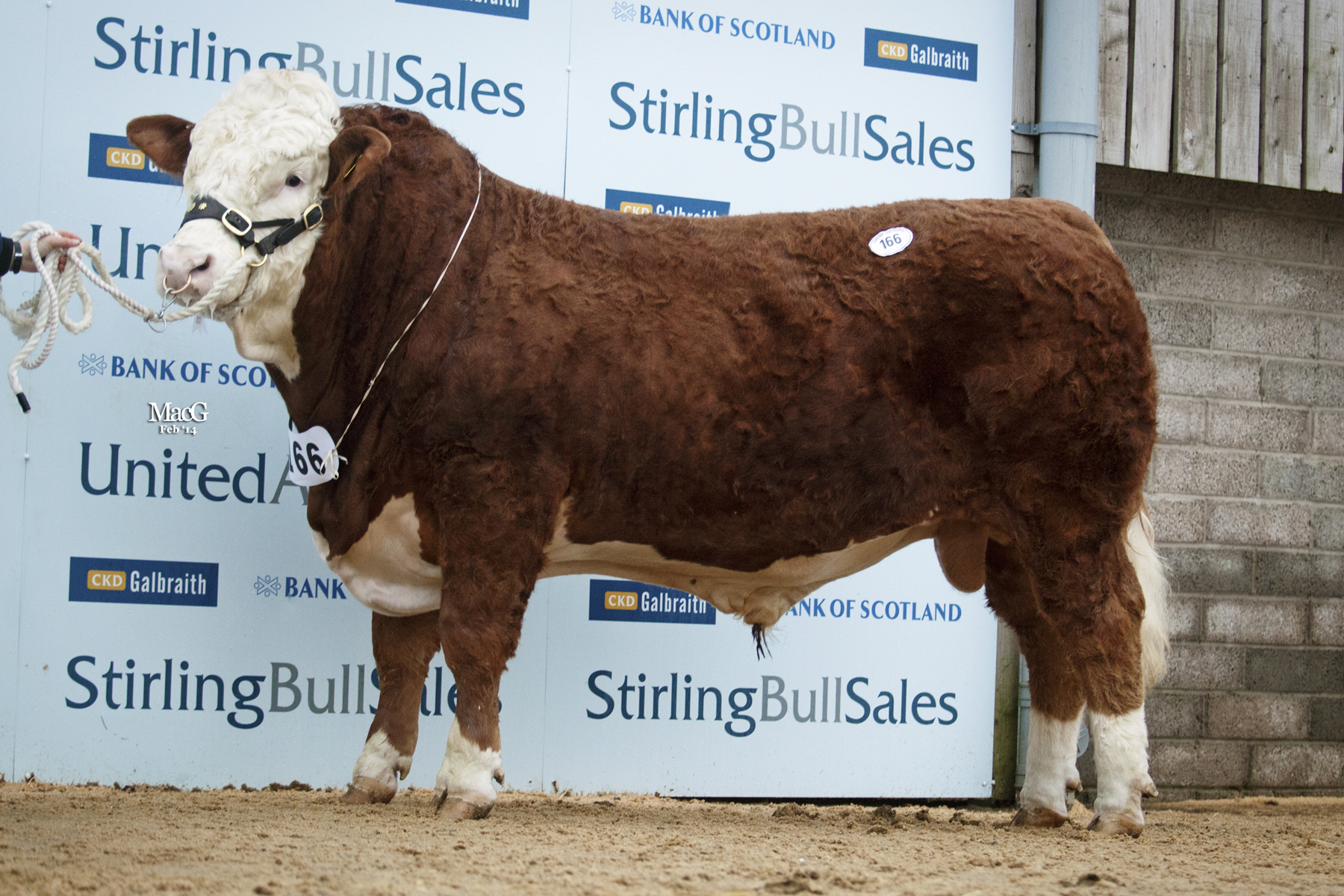 Then at 11000gns came Innerwick Dougal from Dorothy Moffat, this Castlegale Titan son out of an Oakhill Ned daughter was purchased by WA Penny, Cranshaws, Duns Berwickshire.

Three bulls traded at 10000gns, the first completing a great day for John Jeffery, Kersknowe Deputy, another Starline Apollo son, out of a Sterling Parliamentarian daughter,. this one was purchased by  Mr Marshall, Beeches, Blendewing, Lanarkshire. 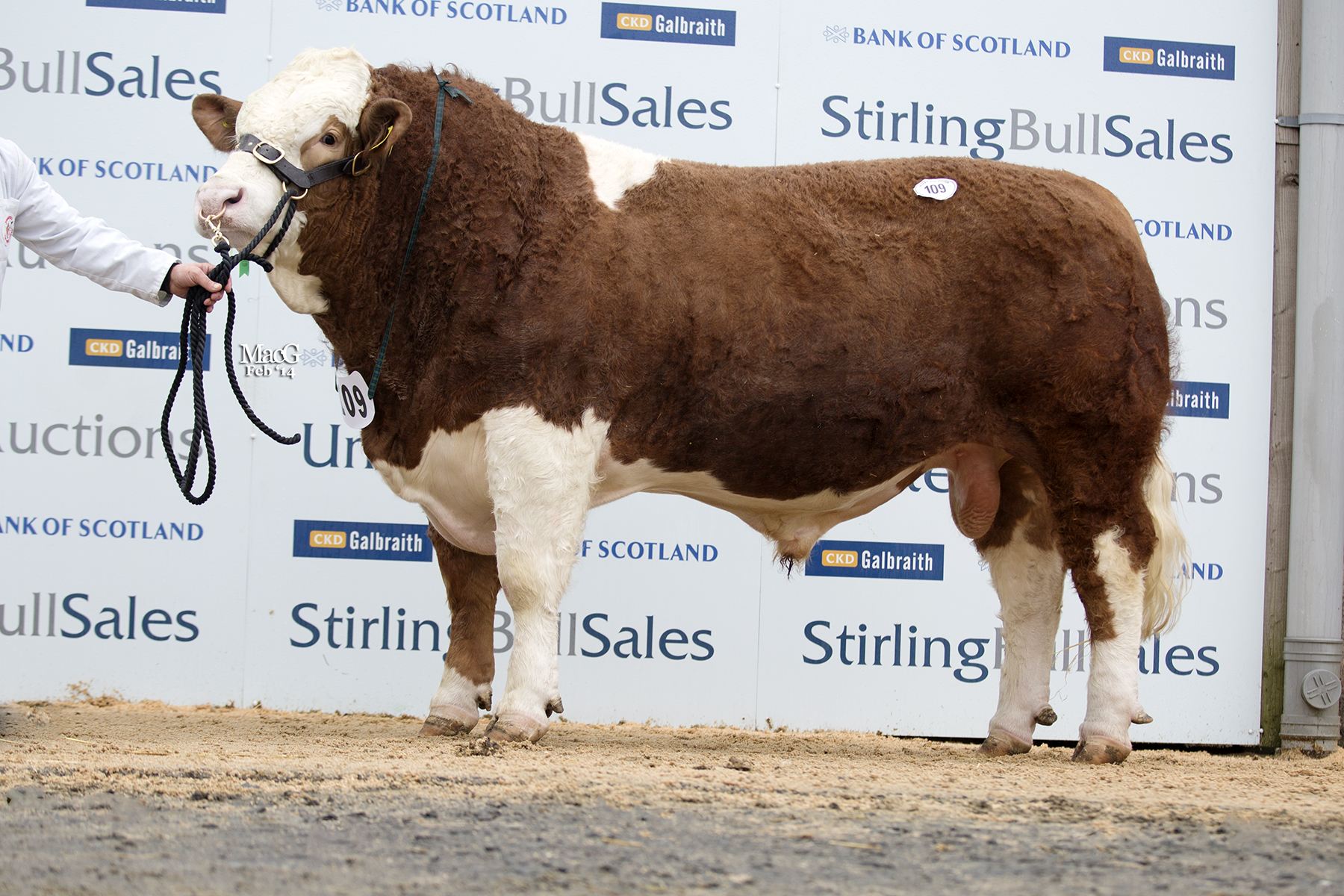 Andy and Steph Ryder traded Ryden Darthvader at 10000gns, this Clonagh Tiger Gallant son out of a Salisbury Challenger daughter was purchased by Macfarlane Farms, Quixwood Farm, Duns in Berwickshire. 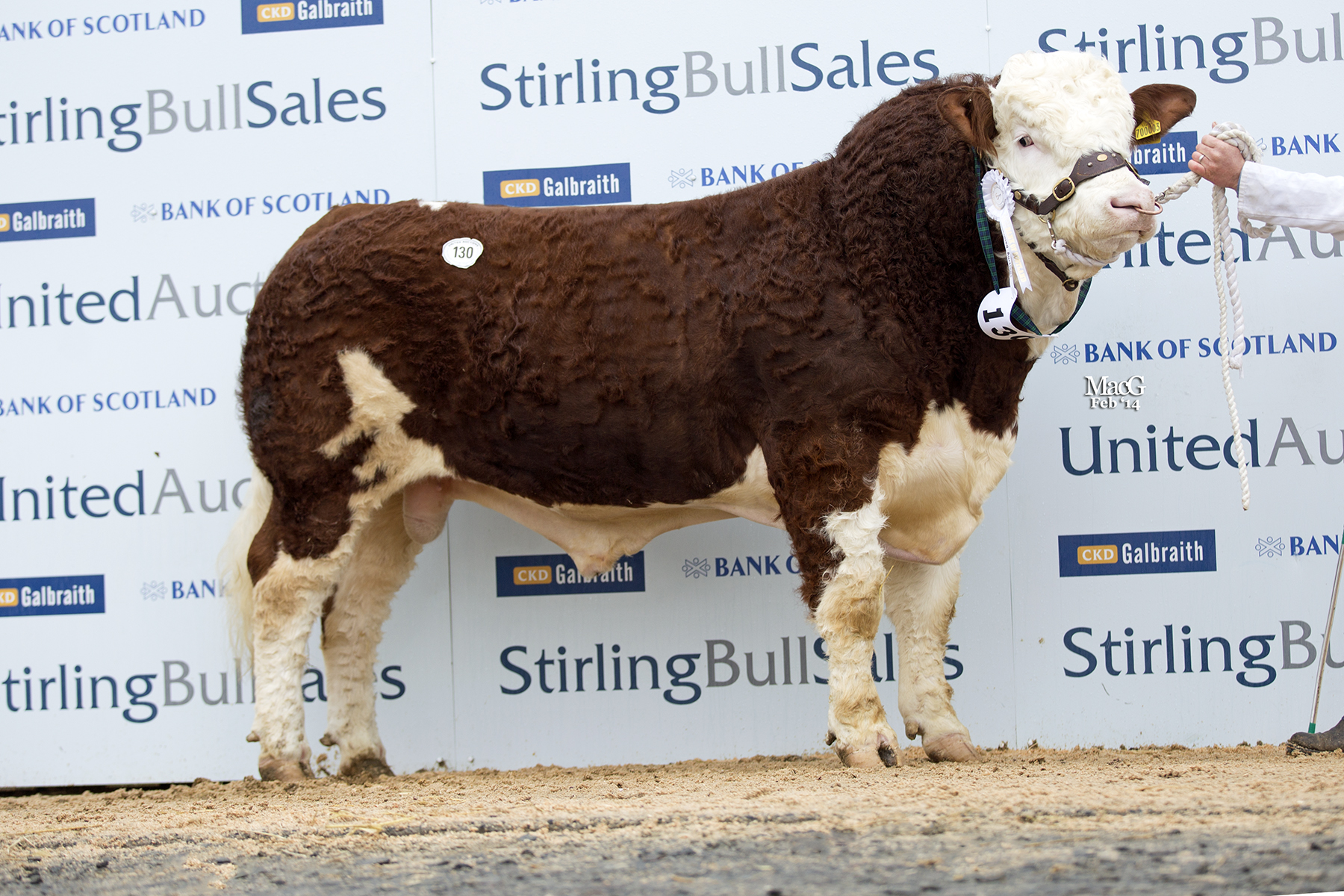 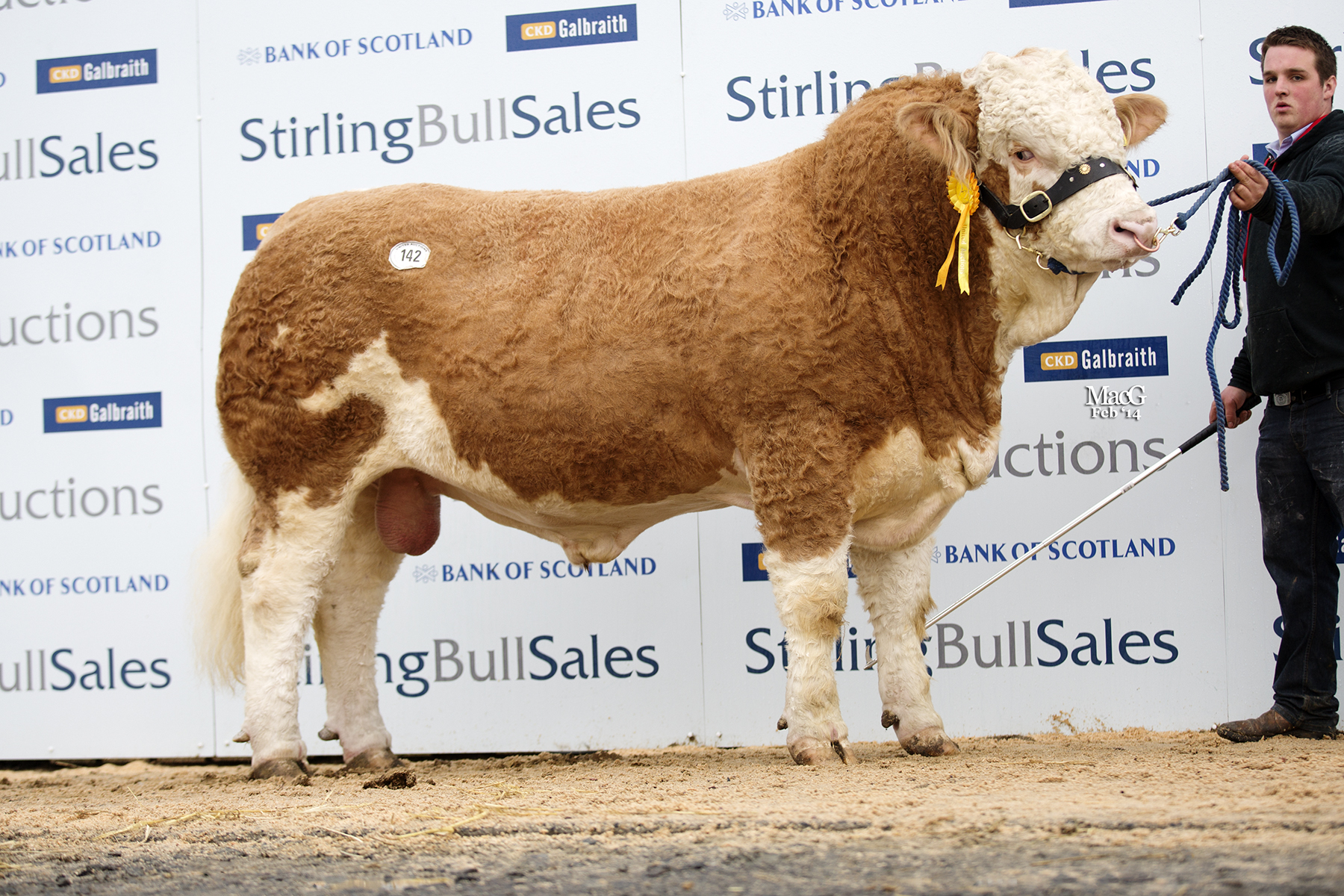 First was Skerrington Rhona 21st, a Sterling Nelson 2nd daughter out of a Dovefields Gallant daughter, this former Royal Highland Breed Champion and Reserve Interbreed Champion was purchased by Jimmy and Vicki Wood for their Popes herd in Lancashire. 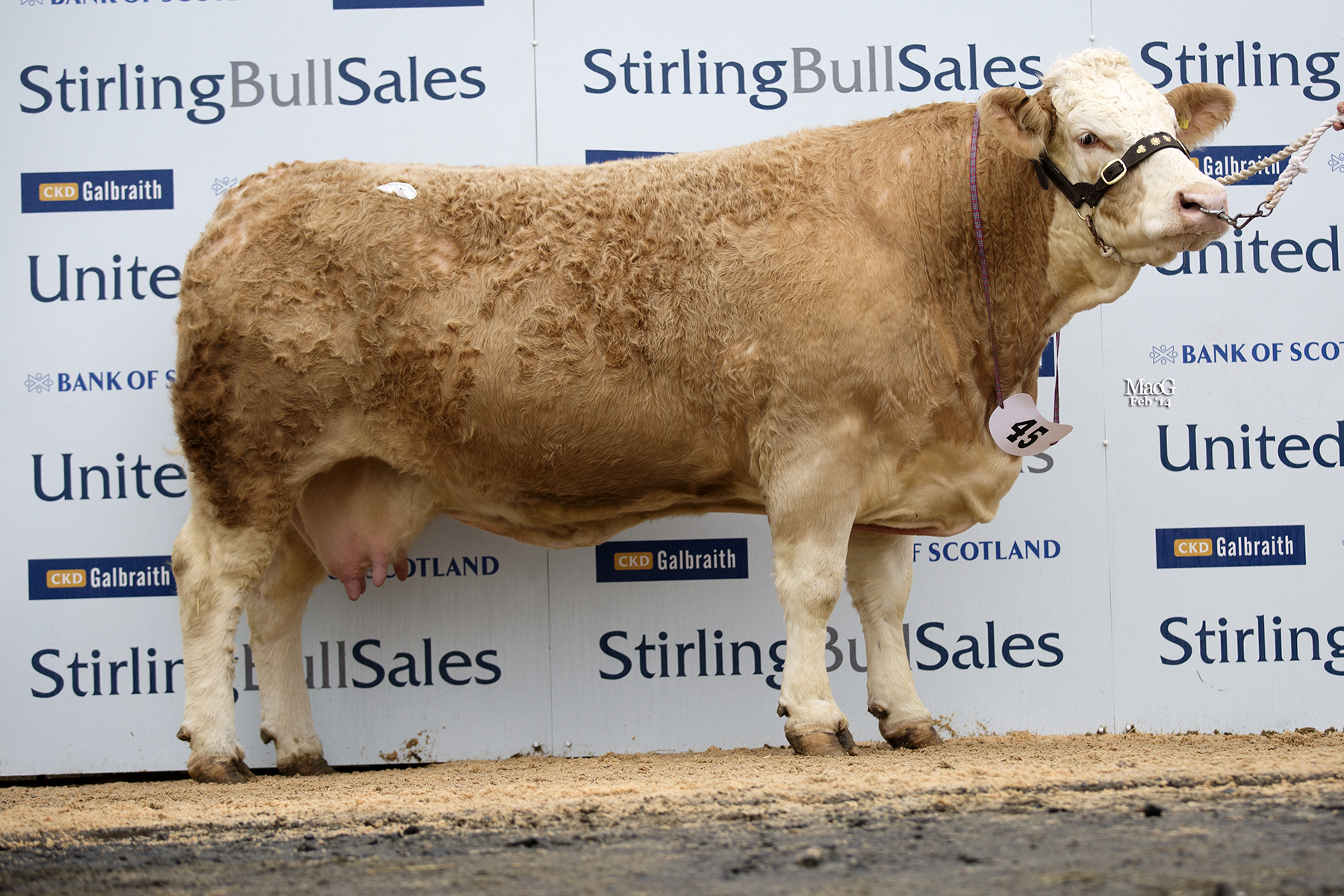 Then from the McGowan’s draft selling at 4800gns was Dirnanean Calypso d1(p) and Arkmill Franklyn daughter out of a Halnook Panache daughter was purchased by David and Lesley Sapsed for their Heathbrow herd at Hitchin in Hertfordshire. 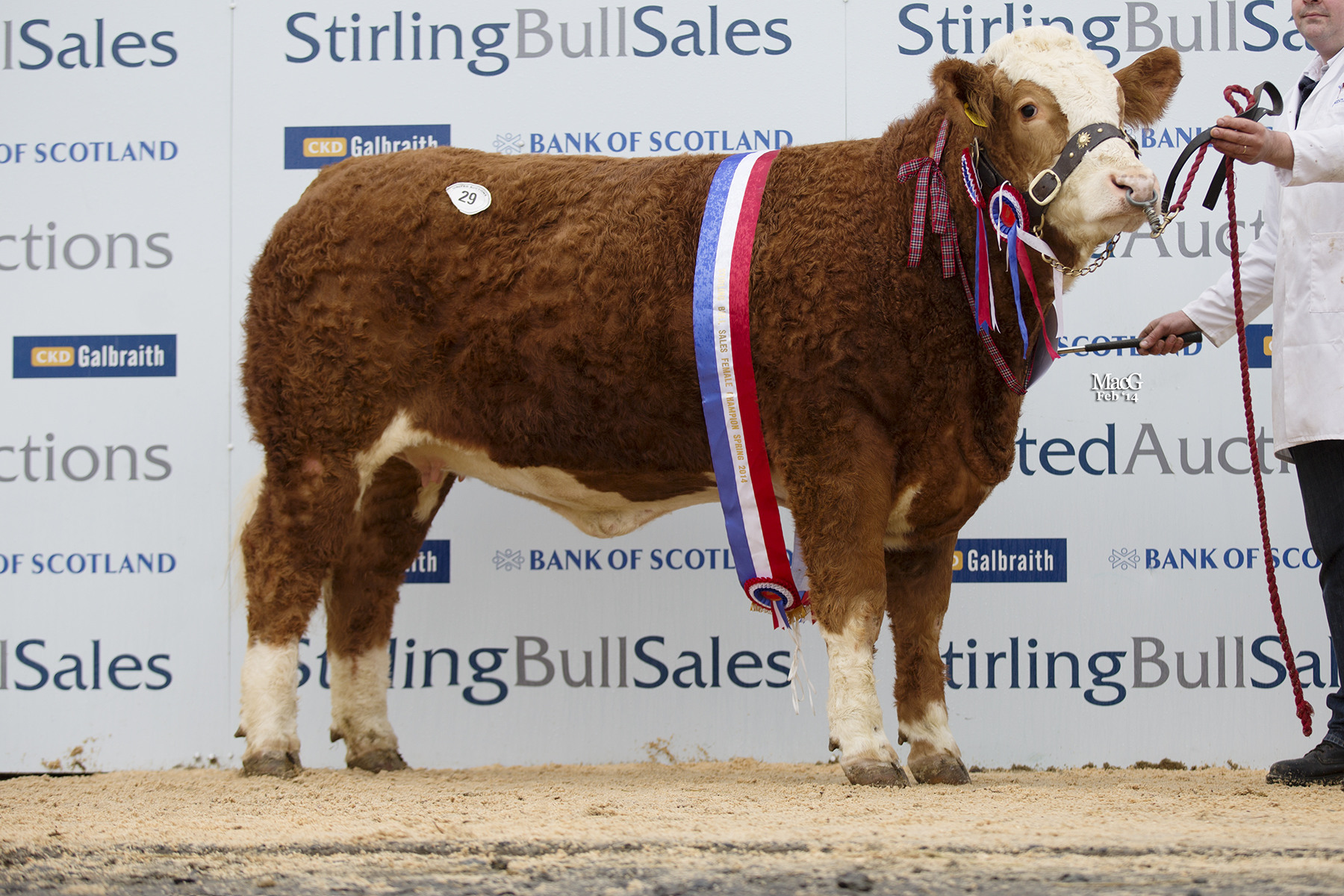