The inaugural Pedigree Calf Fair @ Beef NI Expo, held at the Balmoral Showgrounds in Belfast, was an unqualified success according to event organiser and Chairman David Connolly.

“We had a tremendous turnout of stock and visitors on the day,” he said.

“I had predicted beforehand that the event would represent a showcase for the pedigree beef champions of tomorrow. And given the views expressed by the judges, who were busy from 10.00am until 5.30pm on the day in question, this was undoubtedly the case.

David Connolly confirmed that the event will be repeated in 2016. “The initial feedback from exhibitors, sponsors, commercial trade and the paying public has been very positive. And, on that basis, we most certainly will look at hosting a similar event next year.

The strong entry of Simmentals was judged by Scotsman Hector MacAskill from the noted Woodhall Herd based at Dunbar, East Lothian.

Taking the senior championship award was Lisglass Fortune, a fourteen-month-old bull from Leslie and Christopher Weatherup’s 35-cow herd at Ballyclare. He was sired by stock bull Dermotstown Delboy, and is bred from Lummin Bronte.

Brothers Shane and Paul McDonald, Tempo, secured the junior championship plaudits with their ten-month-old bull Coolcran Gladiator. He was sired by former stock bull Kilbride Farm Ahoghill, and is a full brother to the February 2014 Stirling intermediate champion Coolcran Dazzler sold for 7,000gns.

Standing reserve in the junior championship line-up was Cleenagh Good Girl, a nine-month-old Ashland Brandy daughter bred by Adrian Richardson from Maguiresbridge.  She was the winner of the Dale Cup at Enniskillen Show in August.

English breeder Lizzie Harding from the Hallway Herd was assisting the Ranfurly herd at the show. She was placed second in the class for young handlers aged 12 to 14-years-old. 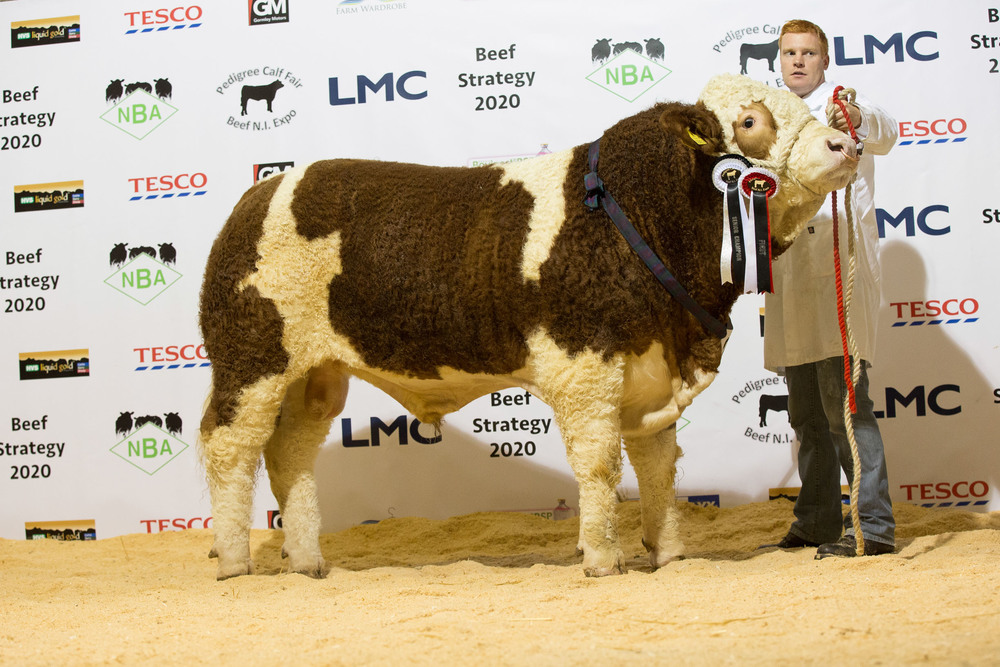 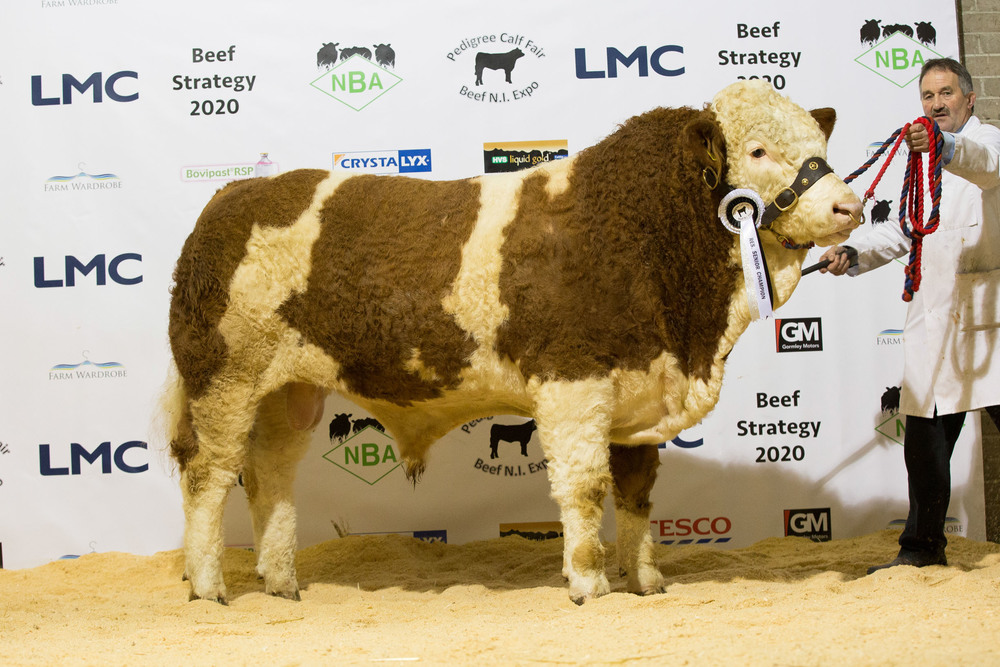 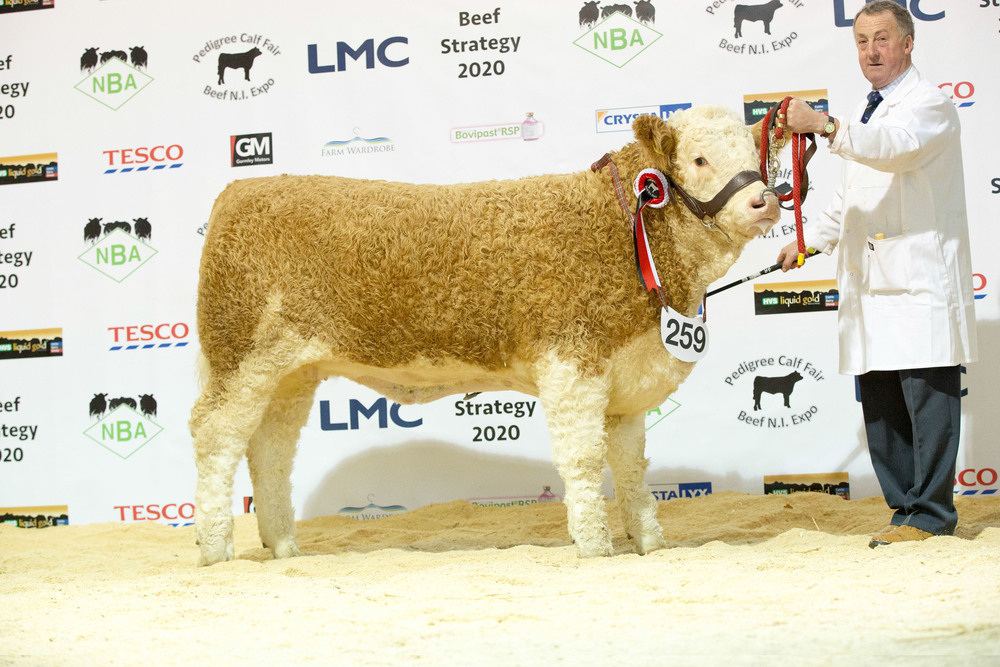 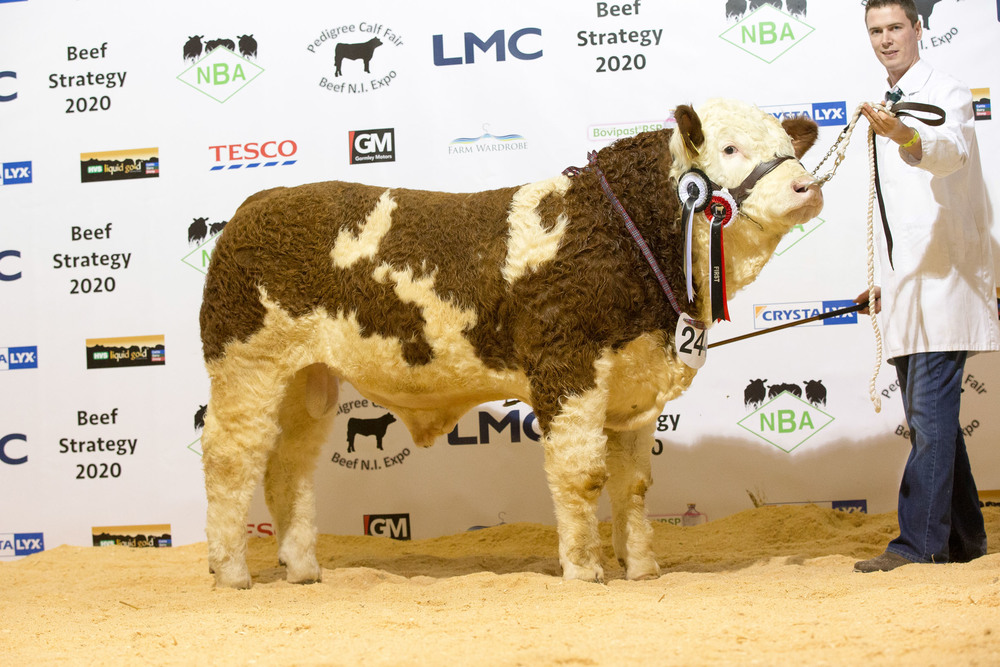 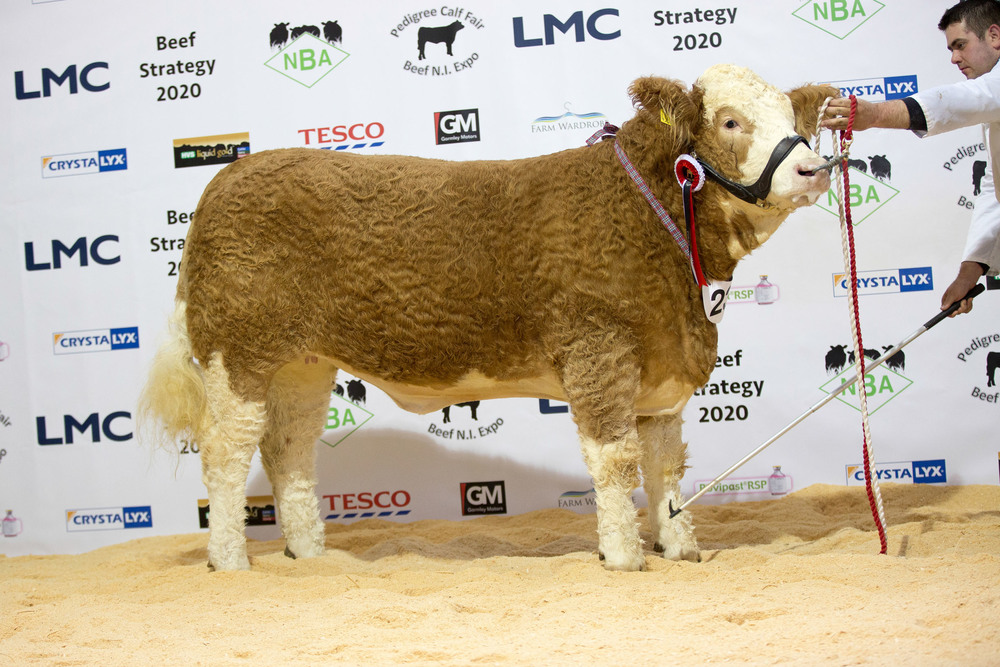 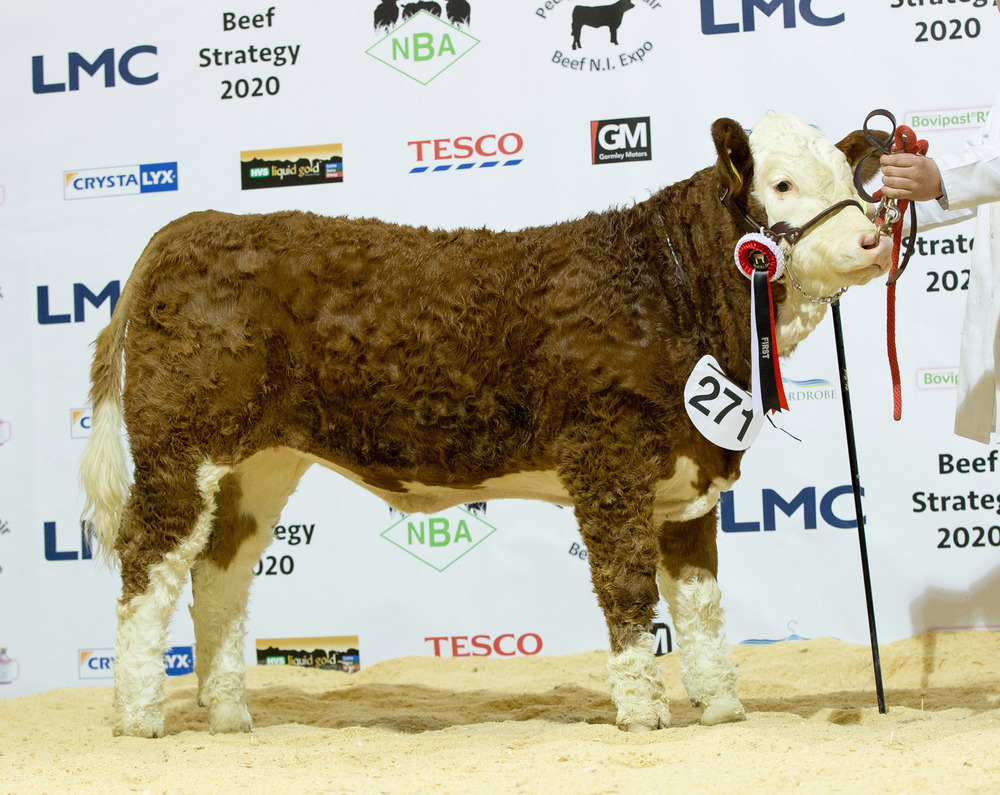 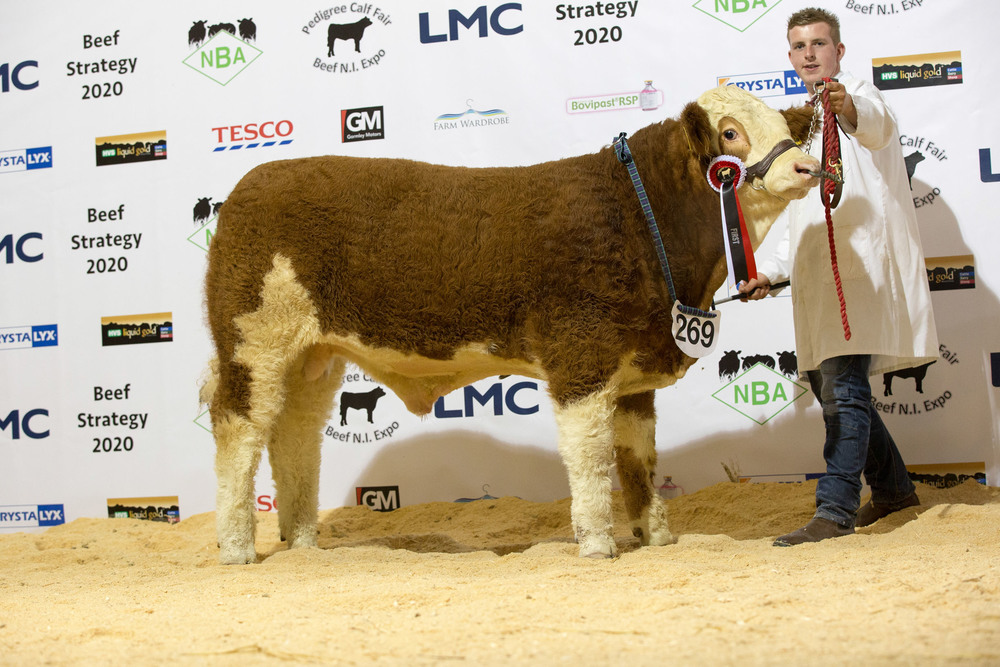 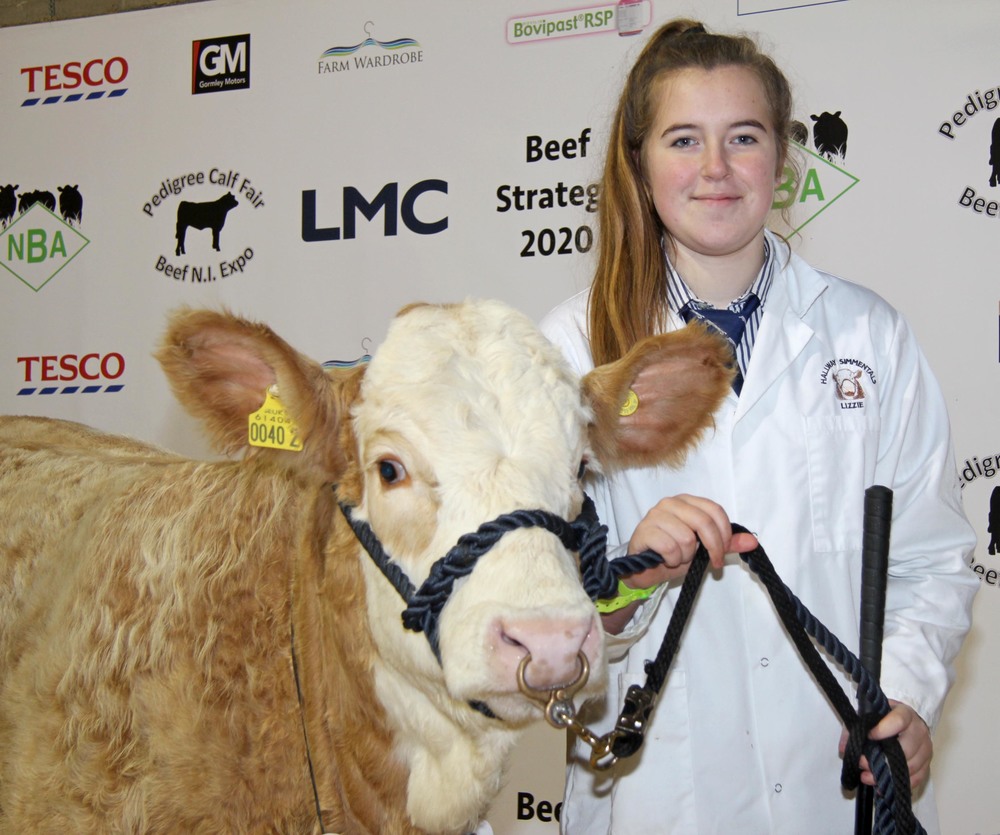 English breeder Lizzie Harding was placed second in the showmanship section at the Pedigree Calf Fair @ Beef NI Expo. She is pictured with Ranfurly Weikel 16th. 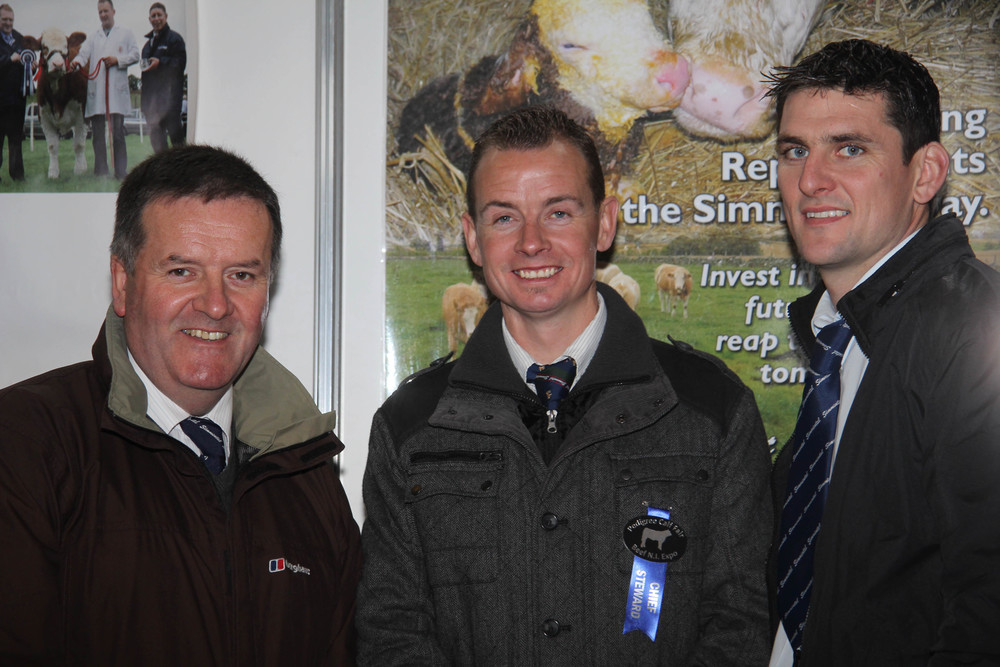 Photographs can be purchased on-line from Richard Hodgson Photography