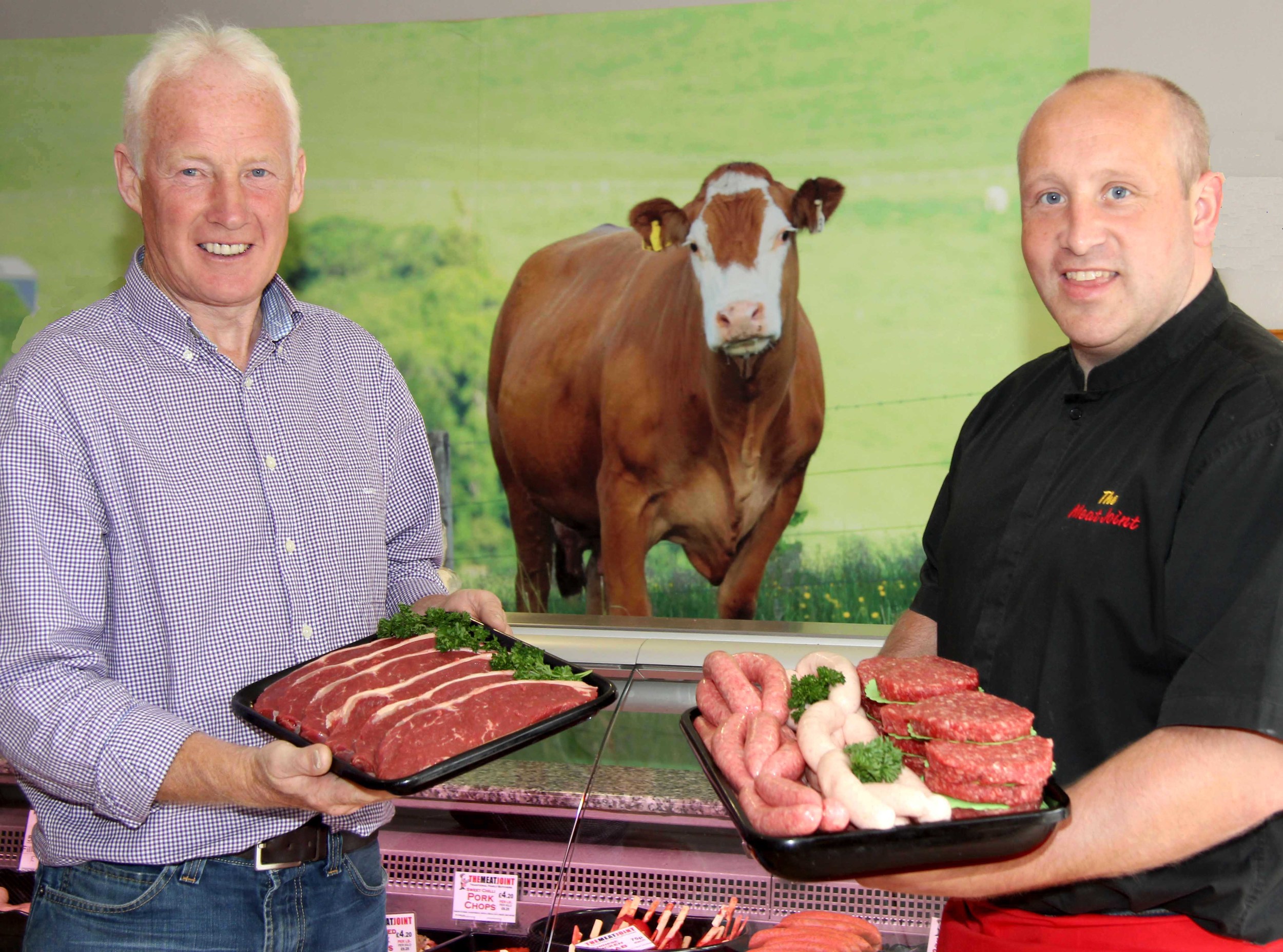 Tickets for the BBQ are priced at £15 per person, and the menu includes succulent sirloin steak with a selection of salads, followed by a choice of home-made desserts.

The steaks and sausages for this year’s BBQ are being supplied and partly sponsored by Colin Harbinson from The Meat Joint in Antrim.

The Meat Joint was founded in 2004 and has built up a reputation for supplying locally produced beef, pork, chicken and lamb. Colin Harbinson also runs a suckler herd and finishes all cattle off the farm.

“I prefer cross-bred Simmental cows as they are fertile, easy calving, and have plenty of milk to rear a calf. The calves are growthy and much easier to finish than other continental and native breeds.”

Colin aims to kill heifers at between 18 and 22 months-of-age. “The cattle kill out well, and the carcases are lean and weigh between 340 to 360 kilos deadweight. All beef sold in the shop is farm quality assured and fully traceable from field to fork. I breed and finish a lot of the cattle sold through the shop, but to satisfy demand I source cattle privately from local producers.

Colin, and daughter Charlie, have recently established a pedigree Simmental herd founded with the purchase of three heifers from Leslie and Christopher Weatherup’s 35-cow Lisglass herd based at Ballyclare. They made their debut in the showring at last week’s Antrim Show, winning the breed’s reserve championship with the February 2013 born Dirnanean Apostle daughter Lisglass Elizabeth.

Club chairman Richard Rodgers said:”A sincere thank you to the Meat Joint for its generous sponsorship of this year’s BBQ. I would also like to encourage everyone to support the club’s charity BBQ and auction. The event gives Simmental breeders and their friends an opportunity to get together for a night out while raising much-needed funds for a very worthy cause. This year’s chosen charity is Friends of the Cancer Centre based at Belfast City Hospital.”

During the past few months committee members have been selling tickets for a prize draw which features a host of prizes, including two nights B&B for two people at the Slieve Russell hotel in Derrylin; one tonne of Excelsior pedigree feed from Fane Valley; a mid-week B&B stay for two people in a lake view room at the Lough Erne Golf Resort and Spa; a £200 Marks and Spencer voucher; and a meal for two at the award-winning MacNean Restaurant at Blacklion, County Cavan, as well as a cookery book signed by celebrity chef Neven Maguire.

The winning tickets will be drawn at the BBQ, and the proceeds will also be donated to Friends of the Cancer Centre. Richard Rodgers added:”There are some fantastic prizes up for grabs, and there is still time to purchase tickets. Prize draw tickets are priced at £2 each, or a book of three tickets costs £5.”

Next week will be busy for members of the NI Simmental Cattle Breeders’ Club as Enniskillen Show (Wednesday 6th August) plays host to the final of the prestigious Ivomec Super Pair of the Year final sponsored by Merial Animal Health.

Seven pairs of cattle have qualified at provincial shows, and the man entrusted with the task of selecting the 2014 winners is Irish breeder Garrett Behan from the Clonagh herd in Portlaoise.

The Simmental Male and Female of the Year awards will also be presented at Fermanagh County Show. Sponsored by Danske Bank, the winners are determined using a points system which has been collated at nominated shows throughout the summer.