The Simmental Society Show and Sale held at Bristol Sales Centre on 14th October 2010 saw a fast trade for the females that were on offer.

The highest bid was 2550gns for the Reserve Female Champion ‘Cathedral Shannon’ a 2005 born cow sold with her twin bull calves at foot, she was sold by Mr J Berry of Redruth Cornwall and was purchased by Messrs Jones, Danycapel, Dyrslwyn, Carmarthen. 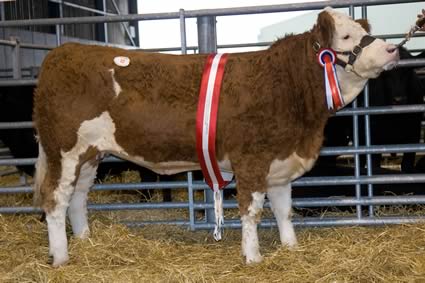 A draft sale from the ‘Deerhurst’ herd saw a top price of 2300gns (twice) for a 2004 born Cow ‘Deerhurst Rosebud’ and her July born heifer calf with another 2007 born cow and bull calf realising the same money.

The Burytown production sale saw maiden heifers selling up to 1550gns for a Corskie Radium daughter. 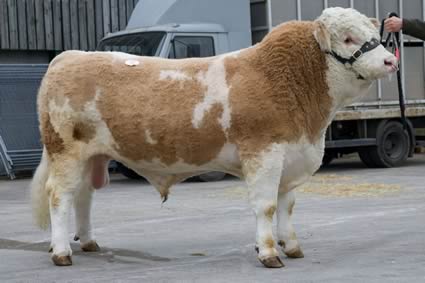 Bulls met a selective trade with the top call being 2500 gns for ‘Chapman Apollo’ a Heywood Statesman son from D Bush of Cirencester. 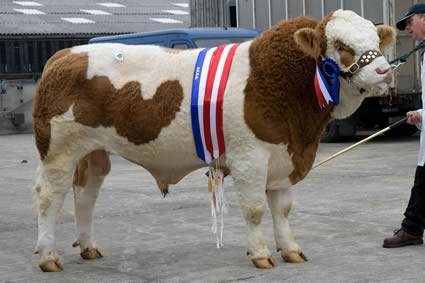 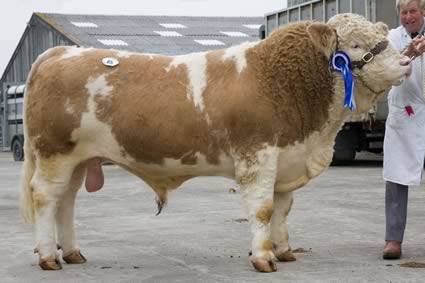