It was a packed ringside of keen bidders in show of a tremendous trend for Simmental bulls at the Annual Spring Sale at the Carlisle Sale held at Harrison & Hetherington Auctioneers. 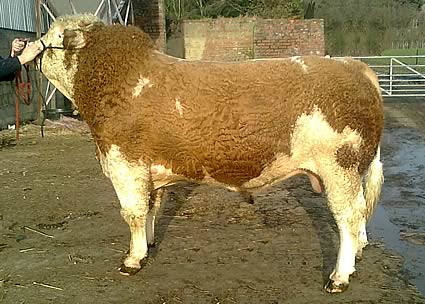 Topping the trade at 4,200gns was Blackpool Alpha by Lamhoj Supery (P), bred by J D Loftus of the Blackpool Herd in Lancashire. 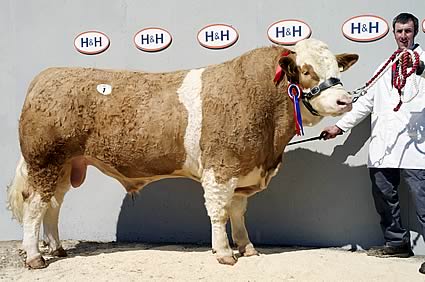 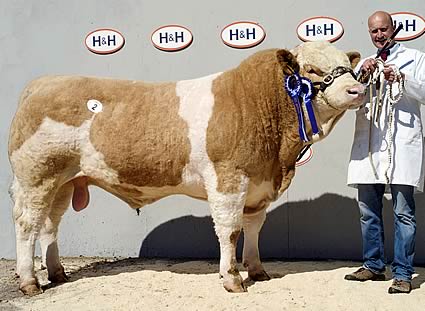 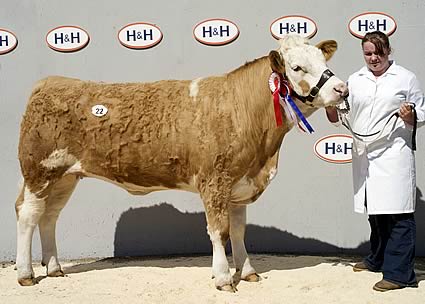 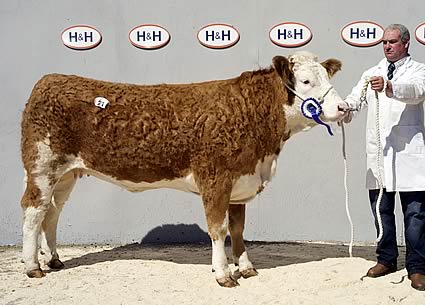 Reserve Female Champion was Courance Kim a Hockenhull Socrates daughter bred by A W Jack of Courance Farms, she was unsold

4 haltered females were sold for a sales average of £1,155

5 unhaltered females were sold for a sales average of £1,115