At the Simmental Society Sale on Friday at Carlisle, the leading price of 3,600gns was secured by Blackpool Promenade, a September 2003 born bull consigned by Lancashire breeders JD & A Loftus of Lodge Farm, Kirkham. Sired by Sterling Logan and out of a Salisbury Challenger bred mother, Promenade caught the eye of F Bradley of Tillyminate Farm, Huntly. 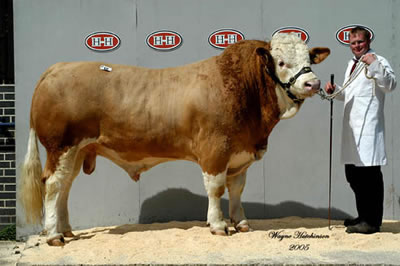 One of the younger bulls of the show and sale, Annanwater Rebel from BK Ryder based at Moffat, sold for 3,200gns. This much admired junior bull born January 2004 and sired by Balmanno Hitman, was a 1st prize winner in the pre-sale judging and sold to WG Irving & Sons of Manor Farm, Blencowe, Penrith. 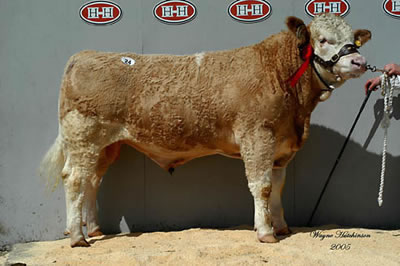 Supreme Champion of the event was Grangewood Pride from AS & YA Leedham of Gunby Lea Farm, Swadlincote, Derbyshire. Pride, a son of Grangewood Knockout and out of a Heywood bred mother, was successfully sold for 2,600gns to IHG Warden of Skelfhill Farm, Hawick. 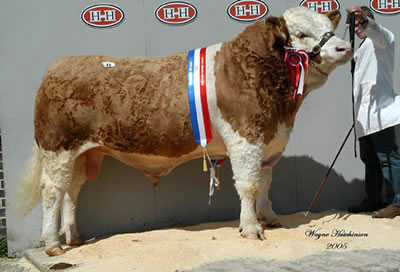 Local breeders, RH Carter & Son of Gerrard House, Wigton presented their homebred bull Gerrard Promise which carried off the Reserve Male Championship ticket. Promise, sired by the noted Salisbury Challenger bull and out of the herds noted Sally cow family, he was knocked down for 2,000gns to Messrs McDowell & Co of Culquhasen Newton Stewart.

Also selling for 2,000gns was a January 2004 born bull from Mr & Mrs David Mills of Wellington, Somerset. Wishful Rigmarole, a son of Bemersyde Eros and out of a Sacombe Wishfull Thinking bred mother, already has a successful show career winning many championship during the 2004 show season. He was sold to AD Lambert of Woodend Lodge, Leyburn.

In the female section, the female and reserve supreme champion took the leading price tag of 1,800gns. Holtstead Odette a served heifer from F & J Andrews of Holt Farm, Holmfirth, attracted much interest when entering the ring. This Camus Brandy daughter and bred from a Camus Vibrant mother, was purchased by D Lyle of Nether Partis Farm, Fife. 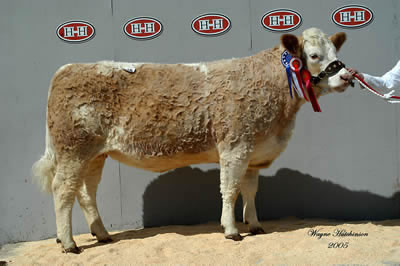