A record price for a Simmental female was established when Darsham Kit Kat the much admired winner of five Royal championships over the last two years made 18,000 gns. Kit Kat, a 1999 born cow was sired by Sterling Flint and out of the foundation cow Revelex Desire 5th was purchased by Mr C Ireland, Abbey Barns, Ickleton. 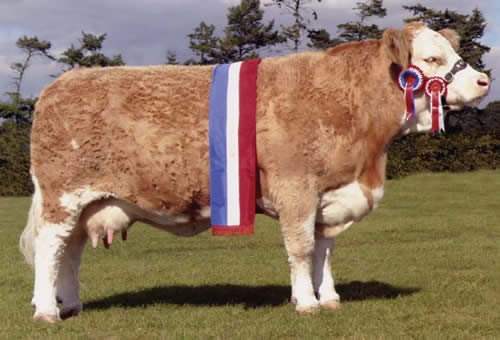 Mr J Peters, Durley Hall Farm, Durley purchased Darsham Loleta for 10,000 gns. A daughter of Sterling Flint, this cow was first prize as a two year old at the Royal Show and sold with a heifer calf at foot.