Breed newcomer Mike Frazer founded the Edenvale herd in 2009, and was making his debut appearance on the Northern Ireland Simmental show circuit. 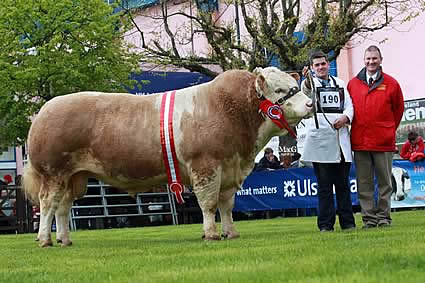 Judge, Bertie Houston, Newtowncunningham, County Donegal, awarded the male and supreme overall championship to the senior bull class winner, Hockenhull Ali Baba. This three-year-old stock bull is by Kilbride Farm Newry and was purchased with his dam, Hockenhull Deborah 4th, at the Hockenhull dispersal sale in 2009. 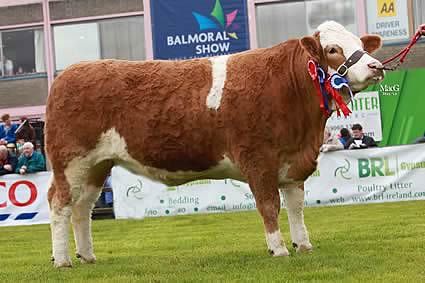 Claiming the reserve supreme ribbons was the female champion, Ballinlare Farm Buttercup 2nd, brought out by Joe Wilson and sons from Newry, County Down. Born in January 2010 she is by the 20,000 Euro Irish record holder Curaheen Tyson, while her dam is the Innerwick Krackerjack daughter, Ballinlare Farm Pussy Galore – one of 60 cows in the herd which was founded in 1984. She is in-calf to the herd’s 20,000gns stock bull, Auchorachan Wizard – junior and supreme Perth champion in February 2010. 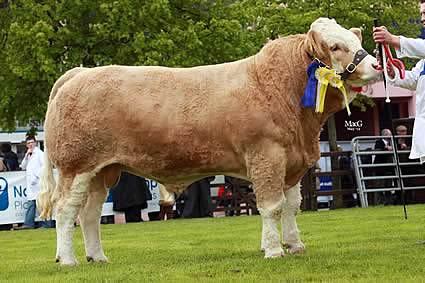 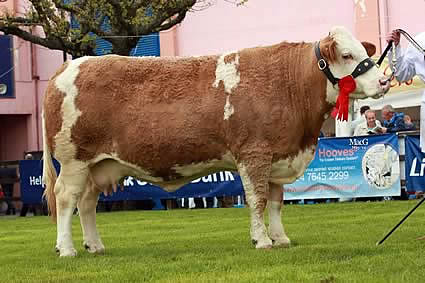 Mike Frazer also won the reserve female honours with his senior cow, Hockenhull Natalie 34th. This eight-year-old cow was one of three foundation females purchased at the Hockenhull dispersal. Her sire was the 12,000gns Dovefields Gallant, while her dam was Hockenhull Natalie 27th. 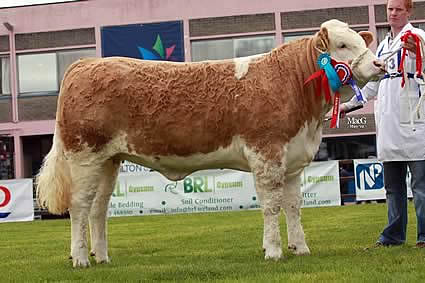 In the junior championship line-up top honours went to the father and son team of Leslie and Christopher Weatherup, Ballyclare. They brought out the home-bred Lisglass Clover 2nd, a January 2011 born heifer by the 10,000gns Slimero Victory. She is out of a dam from the noted Eunice family at Kilbride Farm. 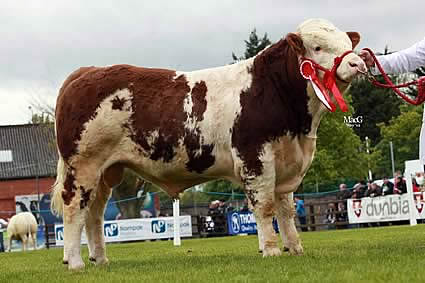 Runner-up for the junior championship award was the thirteen-month-old bull Lurgill Cooldude, an Omorga Volvo son bred by Alan and Ann Kennedy from Upper Ballinderry near Lisburn. He was bred from the Freighduff Brendan daughter, Clonagh Tneva. 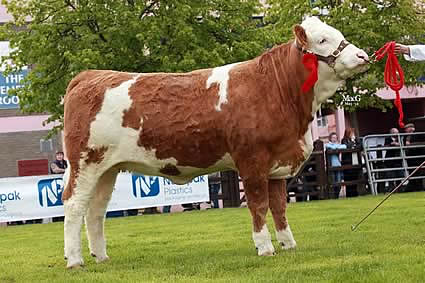 Leading the intermediate heifer class was the September 2010 born Raceview Royal Beauty 491 ET, exhibited by John McMordie, and sons William and Andrew, from Ballygowan, County Down. Sired by Raceview Nigel, she was purchased at the Raceview sale in 2011, and is one of five breeding females in the Solitude herd which dates back to 1972.

The McMordie trio are synonymous in Hereford breeding circles, and were delighted to take first and second prize rosettes in the intermediate heifer classes, especially as this was their first appearance in the Balmoral Simmental ring for over 10 years. 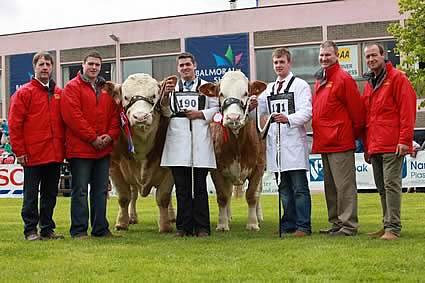 Rounding off the Simmental classes at Balmoral Show was the competition for the best pair of animals owned by exhibitor. It was won this year by Mike Frazer’s senior bull Hockenhull Ali Baba, and senior cow Hockenhull Natalie 27th. They qualify for the 2012 Ivomec Super Simmental Pair of the Year competition, sponsored by Merial Animal Health.

Commenting after the judging, NI Simmental Cattle Breeders’ Club chairman Nigel Glasgow, congratulated the winners and thanked all of the exhibitors for taking part. “Agricultural shows are a great shop window for the Simmental breed, and I would like to thank all of the exhibitors for their hard work and dedication. This has been the largest entry of Simmentals at Balmoral for many years, and has featured a strong entry of quality cattle, representing several new comers as well as long established herds.” 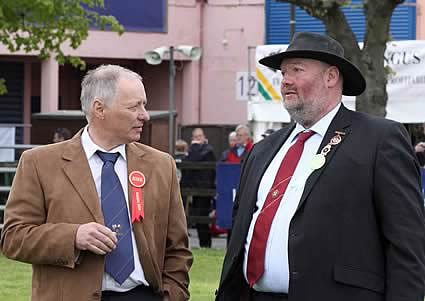