The British Simmental Cattle Society’s Spring Show and Sale at Ludlow enjoyed strong and competitive competition particularly for the “top end” of the entry.

Top bid peaked at 2,700 gns. for “Beanhill Prince” a homebred bull from RJ & BE Kimber, Chippenham, Wiltshire, the bull, an “Agardsley Elgar” son won 1st and Reserve Champion on the day and was hotly contested eventually purchased by Renshaw & Brassington of Hollington, Stoke on Trent, Staffordshire.

The Champion bull at the Show and Sale from Mrs Judith Cockerill of Banbury, Oxfordshire sold briskly to 1400 gns. to Mrs J Jewell from Aberystwyth, West Wales. 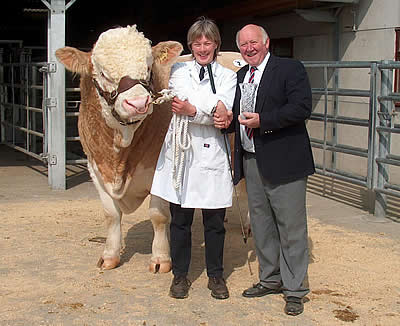 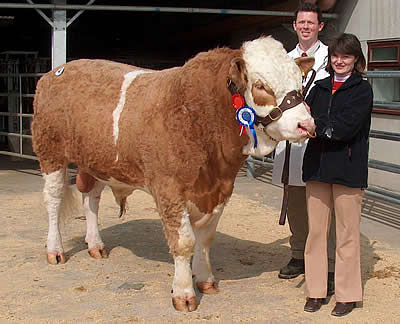 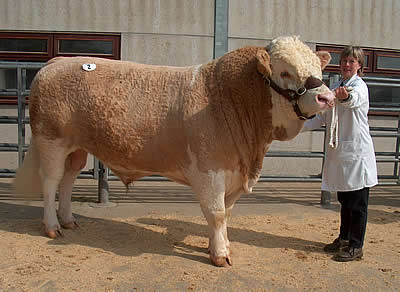