Both commercial and pedigree buyers gave the Simmental bulls at the Perth Multi breed sale, the thumbs up with an increased average of £412 on the previous year. Top price of the day went to Ian Green’s Corskie herd from Garmouth, Fochabers, when Corskie Teezer, a 21 month old son of Ballinalare Farm Nightrider out of Corskie Alexis 750, a daughter of another Ballinalare bull, Ballinalare Farm Gascoigne, sold to Messrs Duncan & Son, Balkemback, Tealing, Dundee for 5000gns.

Following close on his heals with a bid of 4800gns was another Night Rider son and Reserve Champion at the earlier show, Corskie Theo out of Corskie Wren 727, who is by ANOTHER Northern Ireland bull, Ranfurly Geraldo. He went to join John and William Youngs’ Skerrington Herd at Hurlford near Kilmarnock. And will be on display at this year’s Congress visit there on 18th June when the World Congress delegates visit Skerrington Herd.

The Judge, of the pre sale show, Ian Malcolm, Wester Coileichat, Callander, stood by his Champion, when he paid 4000gns for Halenook Topper. A September 06 son Sraline Kladdik by Wroxall Field Marshall out of Halenook Mindy. He was exhibited by Messrs Telford and Rawcliffe, The Croft, 15 Auchnairn, Shinness, Lairg. John and Katherine Dwyer also had a good day when their Popes Juggernaut son, Falondene Talisker attracted a bid of 4500gns from Robert Osborne, Castlehill, Durisdeer, Thornhill. This bull is out of the homebred Falondene Graceful 5th by Wroxall Extreme. 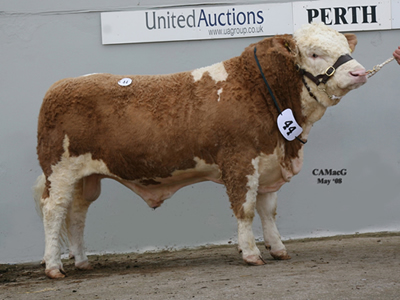 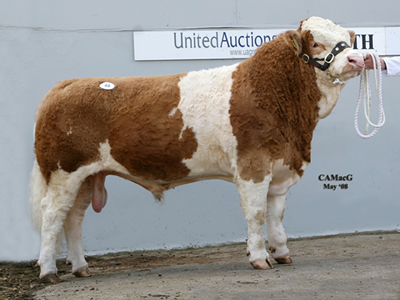 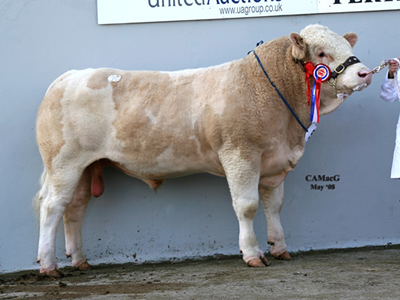 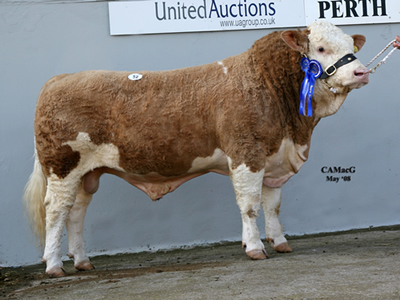 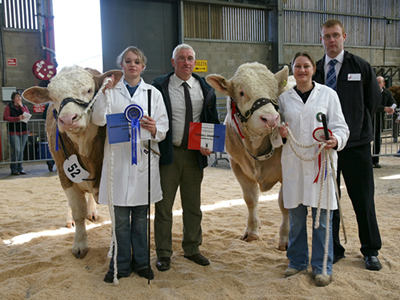 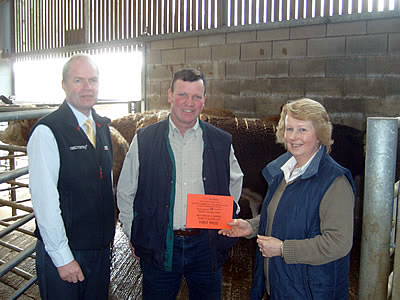