Quality throughout all classes at Stars of the Future Calf Show

Classes for young Simmental cattle were strong at this year’s Stars of the Future Calf Show, which for the first time was being held at United Auctions, Stirling.

Taking centre stage for the judging was Robert McKnee and he found his overall senior champion in the form of Finlay McGowan’s senior female champion Dirnanean Arue D22. Born August 2012 she is by Skerrington Vanguard and out of Dirnanean Veronica V5. 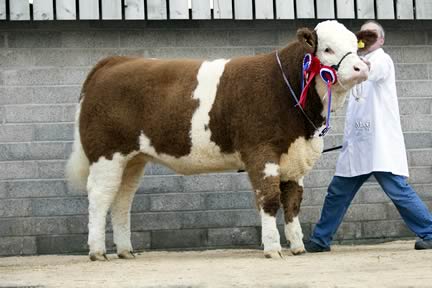 Following her in to reserve senior overall was the reserve senior female Overhill House Damson from Richard McCulloch. This Blackford Ben Mhor daughter is out of Raceview Amy Romona. 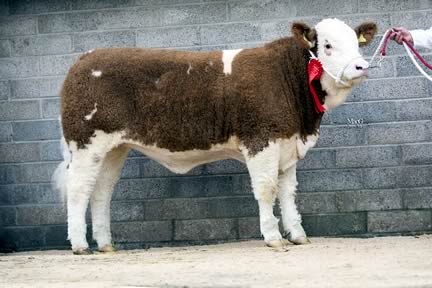 The senior male championship was awarded to Islavale Dudley from Stewart Stonach, he is a Chestermann Varney son out of Islavale Whisper. 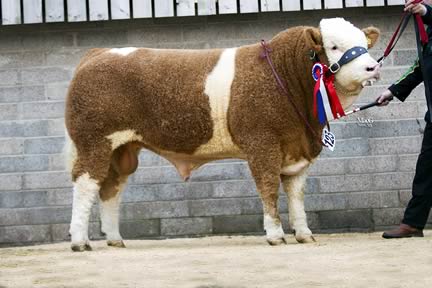 Standing reserve to him was Islavale Debonair 2 from the same home, he is a Glenturk Premier son out of Islavale Chloe. 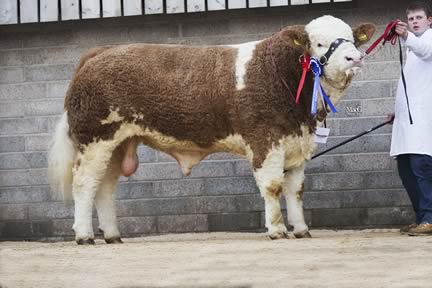 In the junior championship it was Auroch Eve who won for Barlow Brothers having already picked up junior female champion. This March born Auroch Ace daughter is out of Auroch Wave who goes back to Raceview Merle Beauty. She was purchased privately and stood champion Simmental calf champion at Agri-Expo on her first outing. 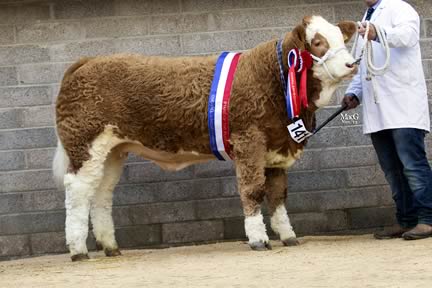 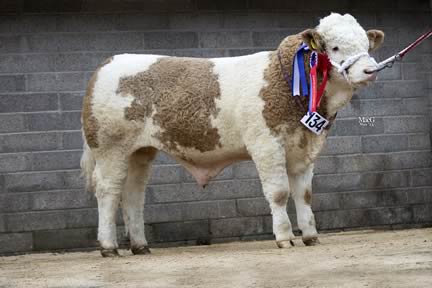 Standing reserve junior female was R and P McAlister’s Bruchag Emma, an Omorga Volva daughter out of Bruchag Tanya, while the reserve junior male went to Drumsleed Explosion from Gerald and Morag Smith. He is a March born Auroch Ace son out of Drumsleed Suzie. 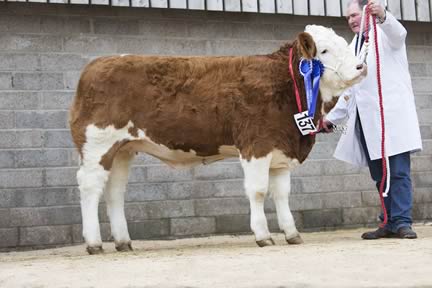