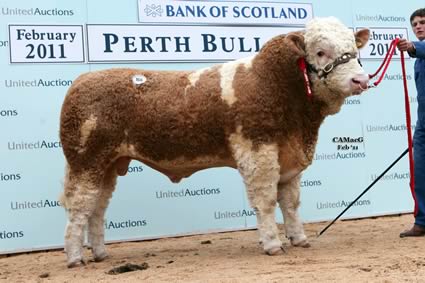 A strong commercial based trade led to a clearance of 78% which remains the highest clearance so far from all breeds this spring and an average of £4409.00 for 110 bulls sold. Leading price on the day was for Denizes Amazon bred by Michael Barlow, an Ashland Tornado son who sold for 17,000gns to Mr G Van De Gucht to join his Deerhurst Herd in Apperley, Gloucestershire. Denizes Amazon has a TSI +24 and SRI +27. 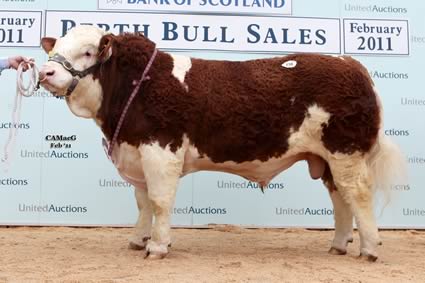 Second Top Price went to Auchorachan ACDC this Saltire Talent son bred by D & R Durno & Sons sold for 12,000gns into the 160 cow herd of Delfur Farms, Dundurcas Farms, Rothes, Banffshire, he has a TSI +24 and an SRI +29. 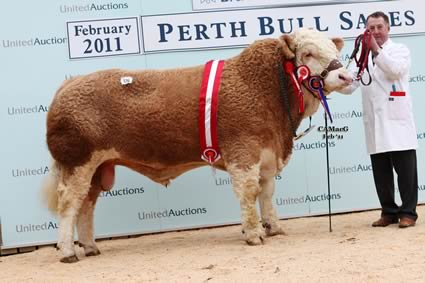 Junior Champion and Third Top Priced Bull, Killynure Actionman bred by R S R Porter and exhibited by L A Richardson, sired by Omorga Murray and sold at 10,000gns into the commercial enterprise of Jim Innes of Dunscroft. 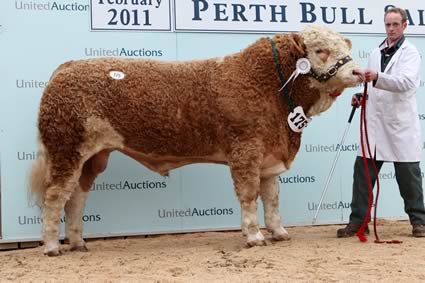 Next best and entering Andrew and Yvonne Leedham’s, Grangewood herd of Pedigree Cattle herd was Omorga Alonso, bred by Mr H J W Moore, he sold for 9,500gns, this Omorga Murray son had a TSI +23 and SRI +28. 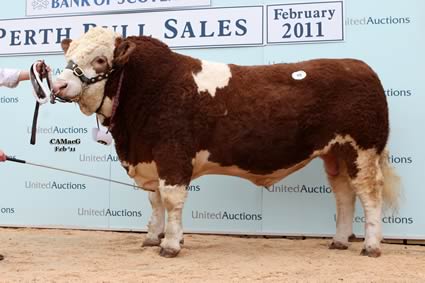 Also selling well was Drumsleed Axel by Hockenhull Matthew, he was bred by Mr G W Smith and was purchased by Goldie Farms, Blairgowrie, Perthshire for 8,500gns, he had a TSI of +30 and a SRI +38. 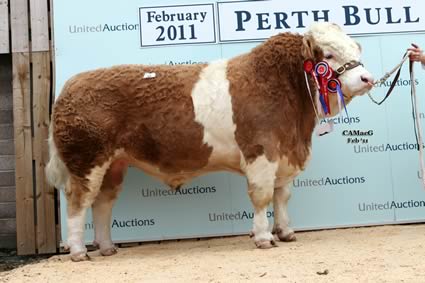 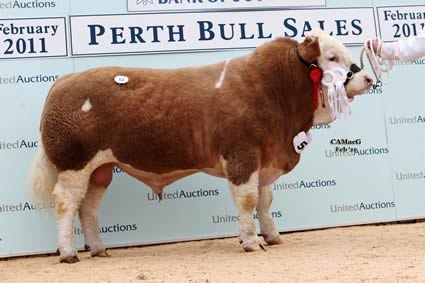 Reserve Overall and Reserve Senior Champion, Blackford Apollo by Blackford Valmer bred by Mr W G Machperson, was purchased by Greg Farms, Fife for 5,000gns with a TSI +14 and SRI +17 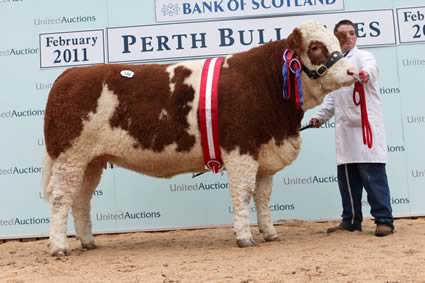 The females which were judged on the Sunday evening also sold well. Topping the trade with Denizes Nelly, an AI daughter of Dripsey Super King bred by M A Barlow, purchased by Jimmy and Vikki Woods for their Popes Herd for 9,200gns this has a TSI +26 and a SRI +33. Next best at 3,300gns was Braegarrie Aronde an AI daughter of Sterling Flint, bred by D L & S Currie and purchased by A Bethell, Brindle, with a TSI of +22 and SRI +20. Third top price out of Draft from Skerrington Mains, was Skerrington Rebecca 44th by Popes Tonka, bred by Mr J Young and purchased by Mr C Inglis, fro his Greencap herd of Burntisland, Fife for 3000gns. 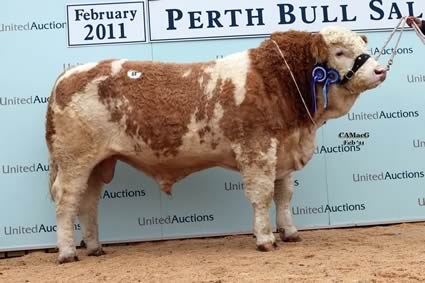 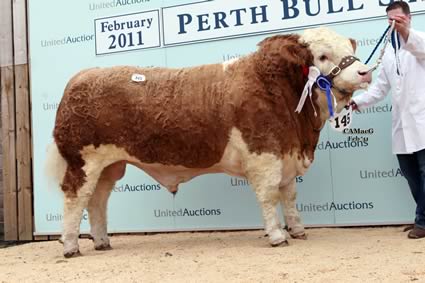 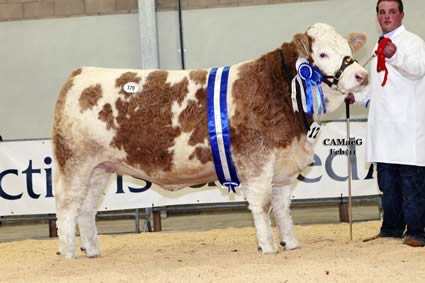