Pedigree Simmental heifers reached a ceiling of 2,800gns, while bulls sold to a top of 2,400gns at the Northern Ireland club’s annual autumn show and sale, hosted by Dungannon Farmers’ Mart.

Sale leader at 2,800gns was the day’s reserve female champion Woodford Daisy 2nd, bred and exhibited by Thelma Gorman, and husband Peter, from Armagh, County Armagh. Sired by Lurgill Barney, she was bred from the Ballintlea King daughter Woodford Patricia 2nd – one of two breeding cows in Mrs Gorman’s herd which was founded over 35 years ago.

Born in August 2012, the sale leader was described by judge Christopher Weatherup, Ballyclare, as a good fleshy heifer, and very correct. Buyer was Kingsley Bell from Aughnacloy.

Claiming the second highest price of the day was the male and supreme overall champion Coolcrannel Dusty, an eighteen-month-old entry consigned by Willie Phair from Lisbellaw, County Fermanagh. Sired by the October 2010 junior and supreme Perth champion Drumlone Anchor, he is bred from the Sacombe Shamus daughter Coolcrannel Pam.

Mr Phair founded his six-cow herd in the mid 1970’s, and was delighted to win his first-ever championship at a breed club show and sale. Judge Christopher Weatherup from the 35-cow Lisglass Herd said:” Coolcrannel Dusty was the most stylish bull in the yard and a very worthy champion. He is long and clean, has excellent locomotion and a nice head.”

This bull is in the breed’s top one per cent for daughter calving ease +6.9, and has a Breedplan milk value of +4. Highest bidder was D McParland from Camlough, Newry.

Next best at 2,200gns was the third prize winning Longbeach Darius bred by Sean and Josephine Burns from Rathfriland, County Down. Born in May 2012, he is by the Hillcrest Champion son Curaheen Vio, and is out of the home-bred Kilbride Farm Lennox daughter Longbeach Sheila.

This one caught the eye of Stephen Buick, who was bidding on behalf of the Edenvale Herd, owned by the event’s show sponsor, Mike Frazer of the Bruces Hill Cattle Company based at Kells, County Antrim.

Three lots came under the hammer of auctioneer Trevor Wylie at 2,000gns each. They included Ballyvallough Captain, the reserve male and reserve supreme champion bred by Andy Weatherup, Larne, County Antrim. This two-year-old entry was sired by Omorga Volvo, and is out of the home-bred Ballyvallough Sheila. He sold to John Todd from Portadown, County Armagh. 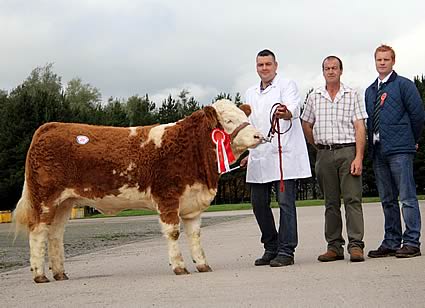 The female championship went to the August 2012 born Scribby Farms Darlene, bred by Keith and Andrea Nelson, Rosslea, County Fermanagh. She was sired by Drumlone Anchor and is bred from Drumacritten Wilma. This one failed to meet the vendor’s expectations and was unsold.

A draft entry of females from Sean Burns’ herd peaked at 2,800gns, realised by the March 2010 born Longbeach Nancy 2nd, by herd stock bull Kilbride Farm Viduka. She is scanned in-calf to Banwy Wonderboy, and was accompanied by her January born bull calf by the 20,000gns Perth champion Auchorachan Wizard.

Cecil McIlwaine from the Corrick Herd based at Newstownstewart, County Tyrone, also offered a draft heifer entry which topped at 2,000gns, realised by the nine-month-old Corrick Dolly. Sired by Curaheen Apostle ET, she is out of a home-bred dam by the 21,000gns Corrick Kentucky Kid.

There as a strong demand for commercial Simmental females with cows and calves peaking at £1,680 twice, paid to Seamus Casey from Dungannon. Mr Casey also realised £1,540, £1,520 and £1,500 for cows with calf at foot.

The commercial section of the one-day event was generously sponsored by McGirr Haulage based at Tempo, County Fermanagh. 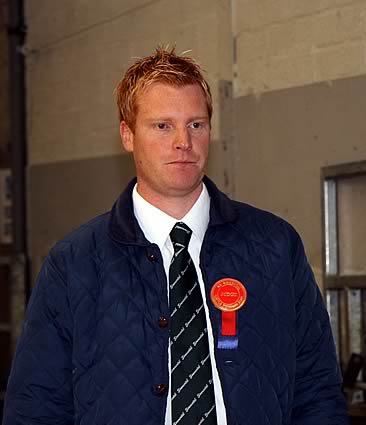 Results from the pedigree judging ring: 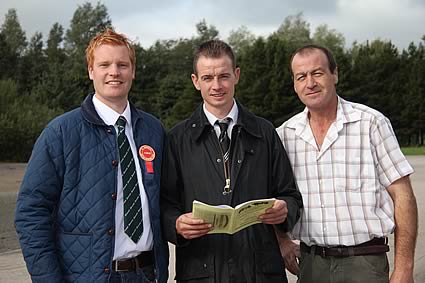