The 1991 born Brinkton Brilliant is the top sire by progeny registered in the British Simmental Cattle Society’s herdbook with 3513 calves to his name.  Brinkton Brilliant was bred by Bob Lunness, East Yorkshire and was sold to Genus Breeding Limited.  Brilliant’s pedigree features the noted female Stuartslaw Melody on the sire line whilst Scottish Neff, himself ranked sixth on the all-time table, features on the dam line.  The figures, produced in the Society’s fiftieth anniversary year, show that seventeen animals in all have had more than 1000 progeny registered to them since the herdbook commenced in 1970.  A literal ‘who’s who’ of noted names within the breed, the Heywood herd of David Barker, Somerset, is the only bull with two entries in the top seventeen with Heywood Esquire placing at fourth with 1598 calves and Heywood Scorpio featuring at eighth (with 1400 calves). Placing at second overall is the 1986 born Gretna House Supersonic 1063, bred by Alasdair Houston, Dumfriesshire and a son of Heywood Scorpio.  Supersonic has had 2216 calves registered to him.  Completing the top three bulls is Lodge Nicholas bred by S Henshall, Crewe.  This 1983 born bull is by the homebred Lodge Lennard.  Perhaps unsurprisingly the progeny leaders are mainly pre 2000 born.  Kilbride Farm Newry is the leading post 2000 born bull with 1224 calves registered to him.   Please see the full listing in the attached graphic along with a pic of Brinkton Brilliant. 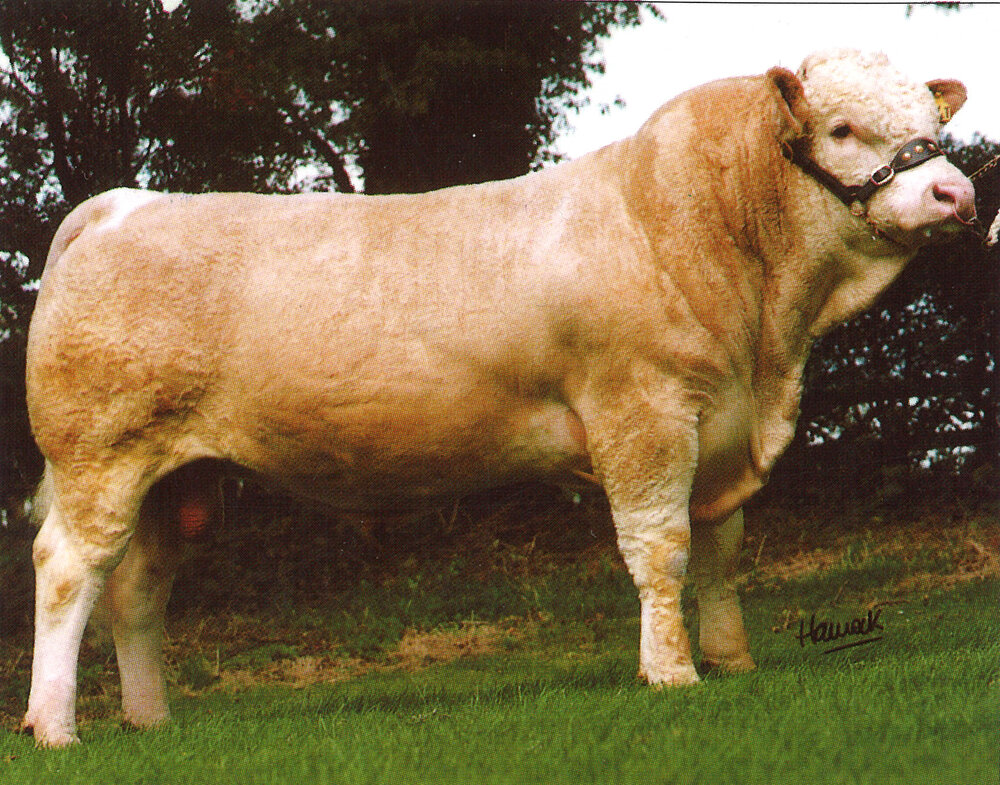 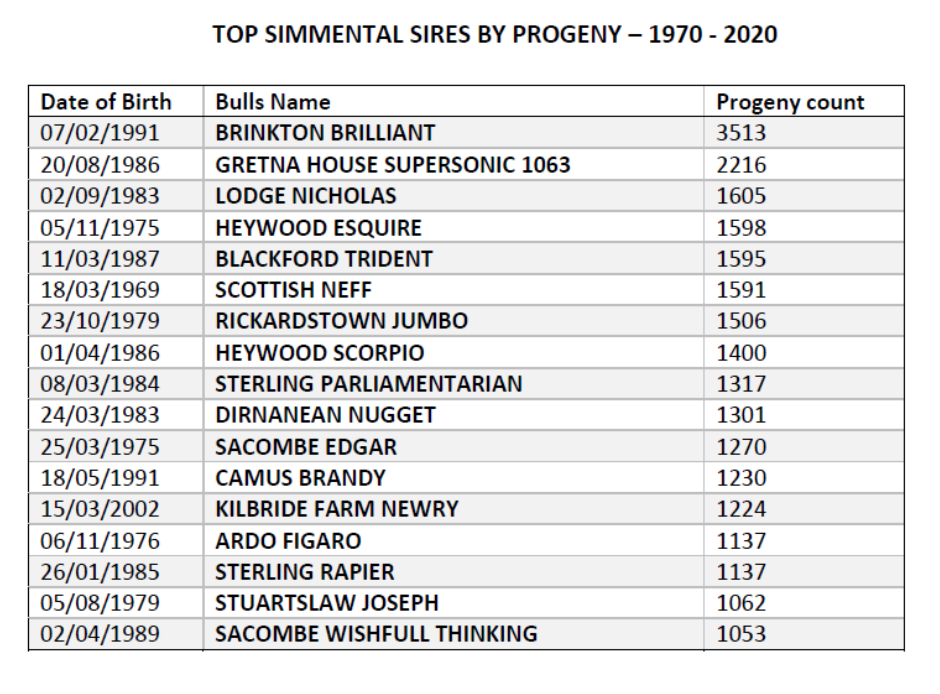