Despite a busy ringside at the Simmental Sale on Friday 14th November 2008, there were a limited number of buyers for the improved selection of bulls forward. The females however were in demand as usual and all were sold. 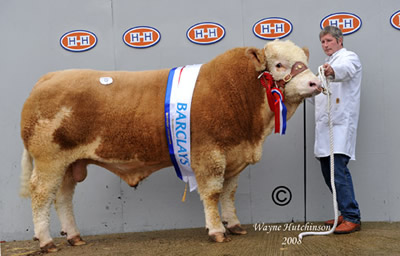 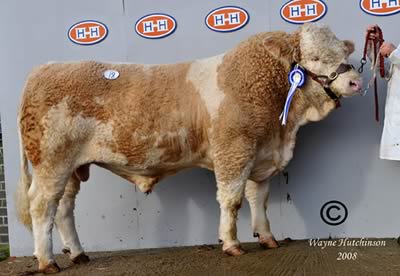 Another with similar outstanding figures was the Reserve Champion, Gerrard Viceroy from Robert and Andrew Carter, Gerrard House Wigton. He is by Needwood Nelson and out of a homebred Gerrard Belinda 36th by Sacombe Wishfull Thinking. He sold to KG Holliday, Near Strudda Bank, Calderbridge, Seascale, Cumbria.