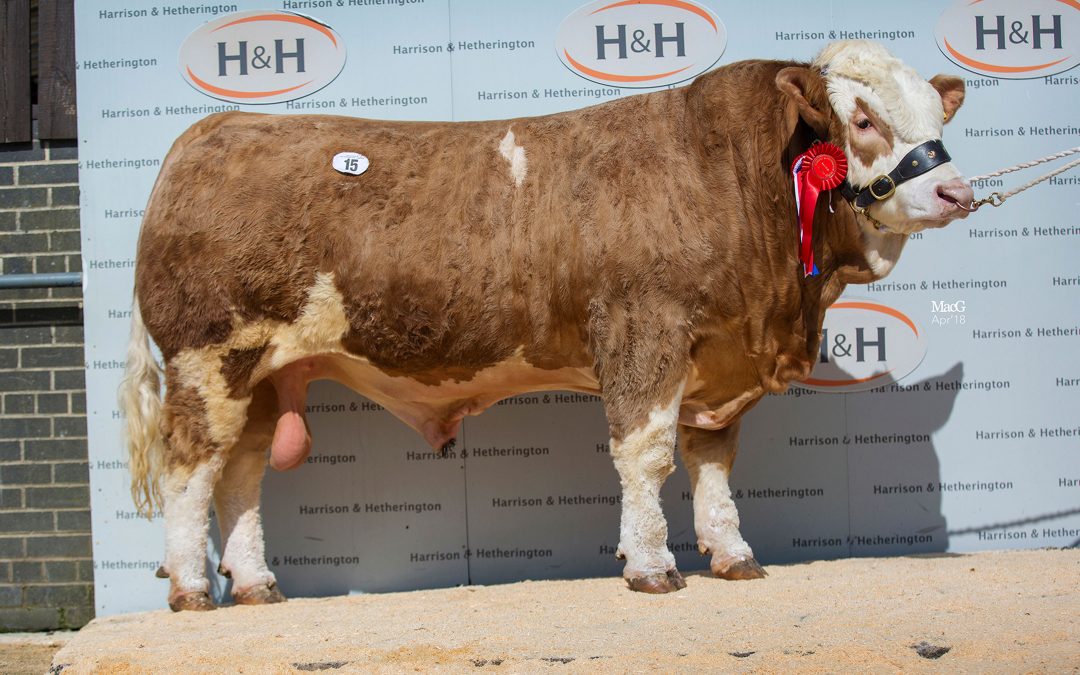 The Carlisle Spring sale which included the Leading Ladies was judged by Stewart Stronach Jr of Maisley, Keith, Banffshire.

Selling for 3200gns was Keeldrum Hercules 16 from Mr D Lowry of Newsteadings Farm, Cartland, Lanark, Lanarkshire. Sired by Kilbride Farm Warren who fetched 9500gns at Perth in 2010 and out of a Raceview Valintino Miracle S daughter, he was purchased by R McKinnel & Sons, Garrarrie Farm, Whithorn, Newton Stewart, Wigtownshire.

Also selling at 3200gns was Rooklea Heart of Gold 16 from Mrs A Trafford of Springfield Farm, Greysouthern, Cockermouth, Cumbria. This Losning Iver son out of a Hepplewhite Kong daughter was purchased by Messrs Trotter, Hoselaw Farm, Kelso, Roxburghshire.

Top price for the Leading Ladies at 6200gns was Newbiemains Izzie from Jim & Patricia Goldie of Newbiemains Farm, Annan, Dumfriesshire. A Woodhall Fantastic daughter out of a Lisglass Churchill daughter, she was purchased by Richard McCulloch of Overhill House Farm, Armadale, West Lothian.

Next, selling for 5000gns was the Leading Ladies Champion Midhope Holy Light from Mr W J Hollingsworth of Midhope Hall Farm, Midhopestones, Sheffield. Daughter of Delfur Chas, who sold for 10,000gns at Stirling 2012 and out of a Corskie Wealth daughter, she was purchased by B & S Grant, Druid Temple Farm, Old Edinburgh Road South, Inverness.