Bill and Margaret Noblett moved to Wales from Lancashire in 1963 and have lived at Gwernyrefail, which they bought in 1969, since 1987.
Their farming experience was broad having previously been Mixed Dairy Beef and Arable Farmers. Since they moved to Gwernyrefail in 1987 they have concentrated on breeding pedigree cattle. They chose Simmentals because Margaret liked the colour and Bill liked their temperament, performance and crossing qualities.

The foundation cow for the Celtic herd was the well-known “Ballagan Julie”, purchased in 1988 for 4,500 guineas. Bill and Margaret were probably the first Simmental Breeders in Wales to use the embryo transplanting technique. They had a phenomenal success with their first flushing programme, obtaining 56 First-Class embryos.

Following their success, the Celtic herd went on to achieve awards in the show ring at The Royal Show, The Royal Welsh Show, The Royal Lancashire Show, The Pembrokeshire Show and many others. Some of their more notable successes were with Celtic “Agrarian”, “Angel”, “Enchantress” and “Gold”.

After “Gold” won the Supreme Championship at Pembrokeshire Show in 1999 Bill and Margaret decided to concentrate upon breeding, which had been one of Bill’s great passions. The herd achieved Accredited Status as an Elite Herd under the Premium Cattle Health Scheme in July, 2003. This Accreditation covers B.V.D., I.B.R. Johne’s Disease.

One of Bill’s main aims had been to produce cattle with high muscling and beef values and he had had great success in this respect. Unfortunately, this was cut short by his untimely and tragic death.

Margaret wishes to thank everyone who has helped in the preparation for the sale and those kind people who have generously given of their time and labour since Bill’s passing to ensure the smooth running of the farm. Sale Results 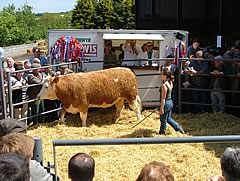 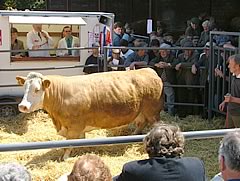 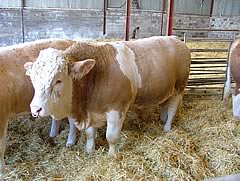