The father and son team of Leslie and Christopher Weatherup from Ballyclare, celebrated success in the Simmental section at Lurgan’s Centenary Show on Saturday 2nd June. 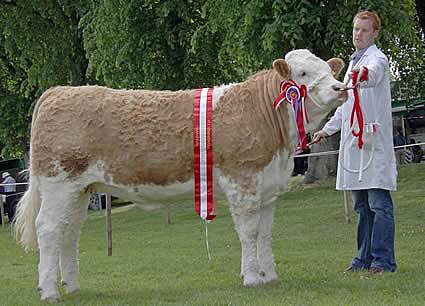 Their much-admired home-bred heifer, Lisglass Clover 2nd, was sired by the 10,000gns Slimero Victory, and is out of a dam purchased from the Robson family’s noted Kilbride Farm Herd based at Doagh.

The sixteen-month-old heifer caught the eye of judge Cecil Mclwaine, who runs the noted Corrick Herd based at Newtownstewart, County Tyrone. 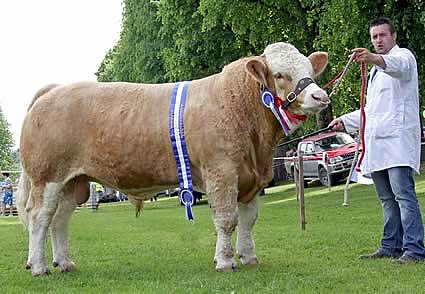 This is Bonjovi’s third successive reserve male championship, having secured the title at both Balmoral and Ballymena Shows.

Claiming the reserve female championship award was Ballinlare Farm Buttercup 2nd, a January 2010 born heifer exhibited by Joe Wilson from Newry, County Down. Sired by the 20,000 Euro Curaheen Tyson, she is out of a home-bred dam. This was her second outing on the NI Show circuit, having won the female and reserve supreme championship prizes at Balmoral Show in May. 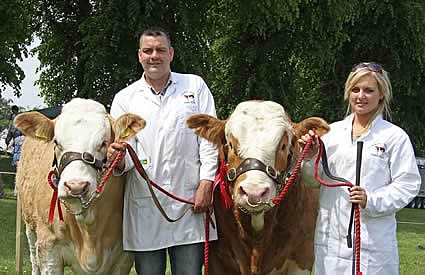 The 100th Anniversary of Lurgan Show also played host to the final of the Simmental Junior Heifer Derby. Open to heifers born in 2011, this competition is generously sponsored by club member Eamon McCloskey of Woodcraft Kitchens based at Kilrea. 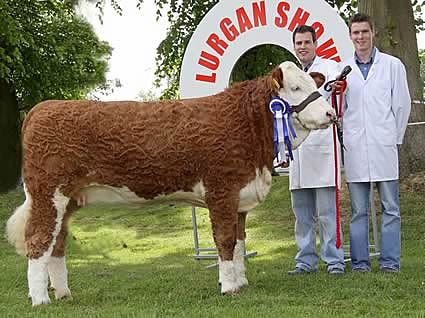 The Weatherup’s heifer was the hotly tipped favourite, while brothers Shane and Paul McDonald from Tempo, County Fermanagh, claimed the reserve championship with the home-bred Coolcran Lady Cara. Born in April 2011, she is by the noted Kilbride Farm Newry, and is bred from a dam carrying the Ashland prefix. 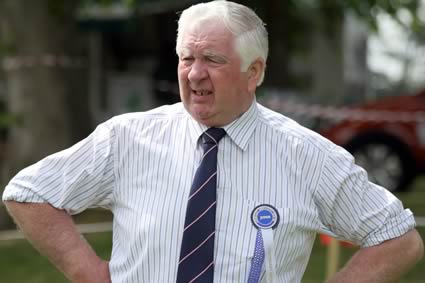 Results from the Simmental section at Lurgan Show include:

Bull, born on or before 31/12/10 – 1, Duncan McDowell, Newtownards, Slievenagh Bonjovi by Slievenagh Willem. 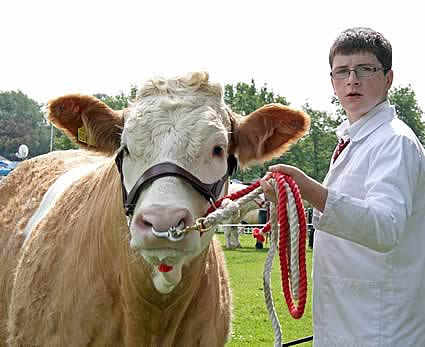