The Simmental Bull sale at Perth showed that confidence in the breed is continuing. With averages only slightly back on last year the quality bulls sold well to both Pedigree and commercial buyers although due to an increase in spring calving there is normally an increased demand from the commercial sector during the February sale. This also reflected in the percentage clearance which was back slightly on last year as this trend continues. 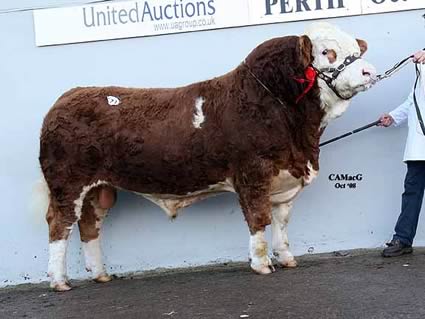 The top price of the day went to Finlay McGowan’s Dirnanean Herd when he sold Dirnanean Vincent for 12 000gns to Alex and Ross Kings’ Woolfstar Herd at Ormiston in East Lothian. He showed outstanding figures in both Terminal Sire Index and Self Replacing Index continuing a definite increased trend at the sale for bulls with good figures.

Senior bulls sold well with the second top price of 10 000gns coming from the second bull in the ring Hollywood Tinsley from Brian Phillips when he travelled north to Mr John Wilkie Braigiewell in Echt. Two other bulls made 10 000gns. The first when Finlay McGowan parted with his earlier income and bought John Young’s Skerrington Vanguard. The other 10 000gns bid came from W. A. Galloway and Son from Newton Stewart to join their 170 cow commercial herd when they purchased Hector Macaskill’s Woodhall Vauxhall.

Further details of the top prices are as follows:-

Following a summer of private sales for quality females a packed ringside at Perth saw a reduced entry from last year average at £1963.50 for the 30 heifers forward and £1470 for 5 cows and calves.

The draft heifers from Brian Allan at Glenturk were the outstanding show of the day with the top price being paid for Glenturk Tessa when she sold to Leslie Weatherup Lisglass Northern Ireland for 4400 gns. Champion at the pre sale show judged by Robin Boyd Northern Ireland was Boddington Estates’ Sterling Jools Vienna who sold to Messrs Stephen & Co Burnside of Idoch Turriff.

Top prices were as follows:- 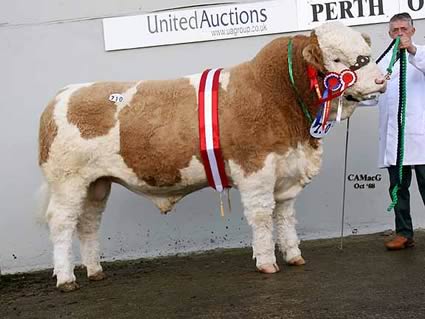 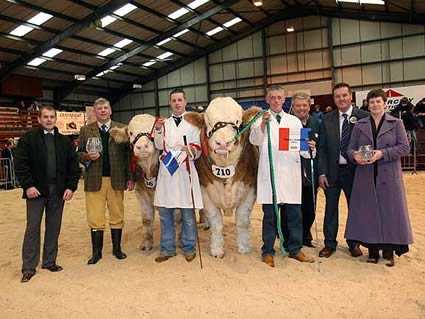 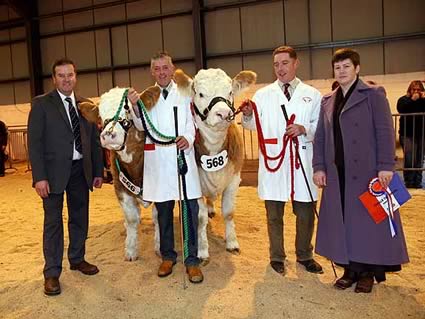 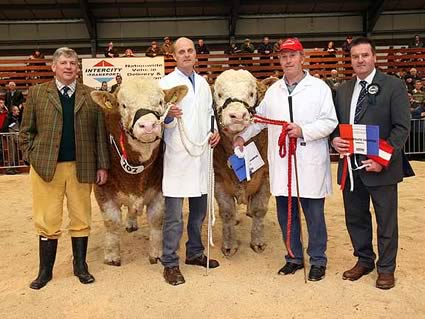 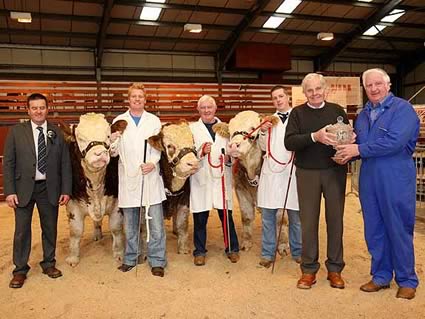 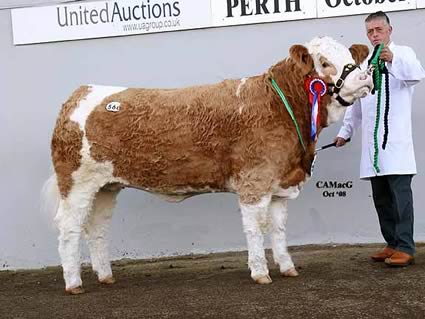 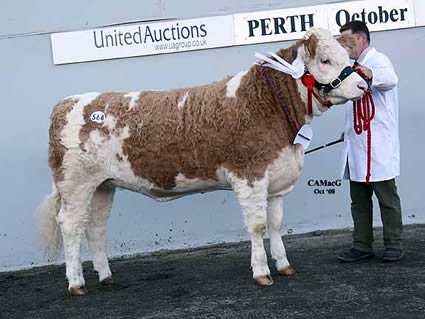 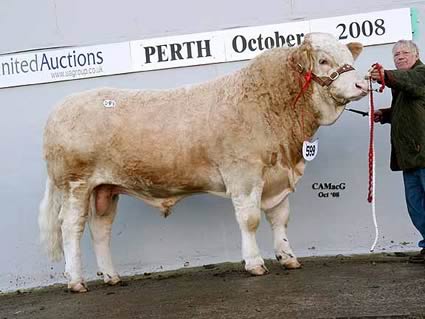 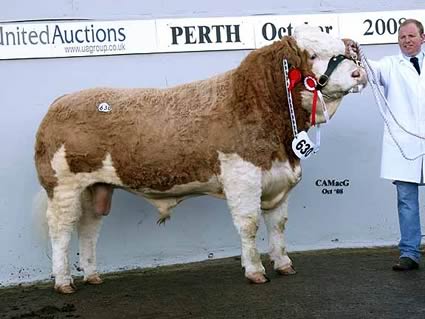 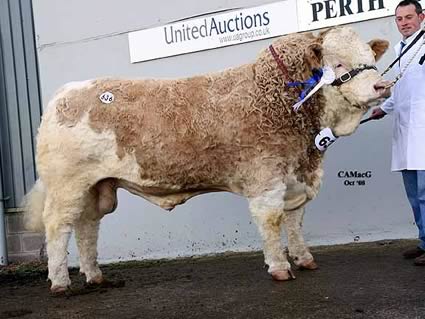 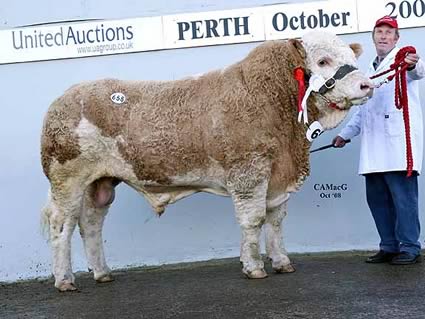 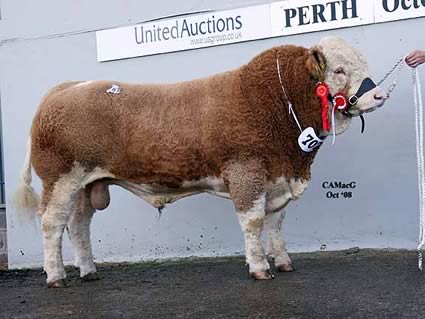 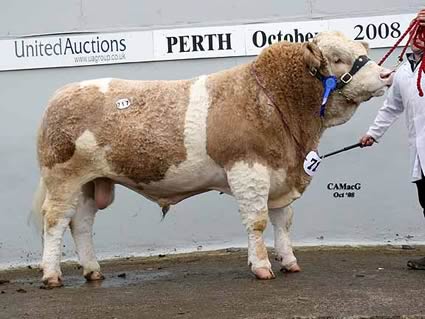 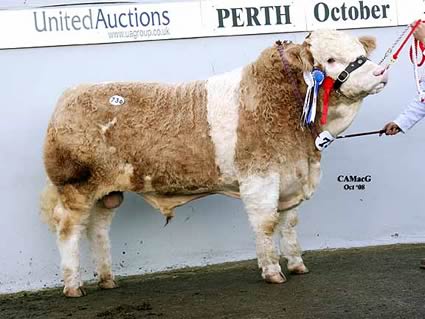