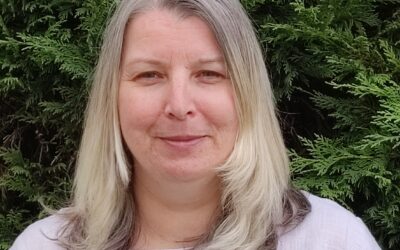 British Simmental is delighted to officially announce that Sue Stenner has joined the Society’s staff team at the Society’s Stoneleigh, Warwickshire based office. Having commenced her role as a Herd Book Administrator in late July, Sue has very much hit the ground... 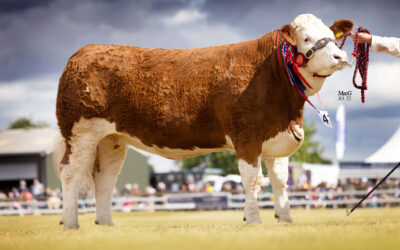 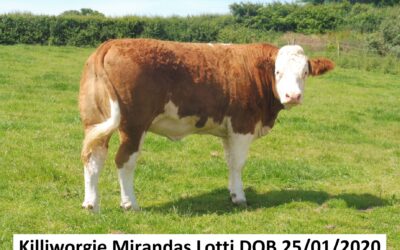 The 2022 Simmental Virtual Show is again proving to have a huge following and we are now delighted to announce the results for class four – Female, born on between 01/01/2020 – 31/07/2021.A big congratulations is due to Mr SA Gummow, Newquay, Cornwall, whose heifer...

A packed ringside of buyers at Perth saw the Simmentals reach a New Breed Record of £22,000 and a Record Breed Average of £4487, an increase of £1084 on the year, with a clearance of 82%. There were no less than nine 5 figure prices. Commercial buyers looked to buy bulls to breed their own female replacements puting a sound base in an already buoyant market for the breed, following a good trade for females the previous day.

A. J. Wilson, Westcroft, Kilwinning, Ayrshire, saw his Cairnview Snazzy, who stood second to the Champion in his class, go to Northern Ireland for 15,000gns when he was purchased by Messrs W.H. Robson & Sons, Kilbride Farm, Doagh, Ballyclare. He is by the famous Salisbury Challenger son, Popes Laird and out of Ravensworth Modesty.

The Senior Champion, Dirnanean Snowie from F.J.A. McGowan, Incheoch, Alyth, Blairgowrie, Perthshire, led an outstanding show of bulls from Dirnanean when he sold to Mr. W. J. Hollingsworth, High Midhope Hall Farm, Midhopestones, Sheffield, for 11,000gns. By Omorga Lennox and out of Dirnanean Merry by Dirnanean Jacob, he helped take the herd to an average of 6,400gns for the 5 forward. Another son of Lennox, Dirnanean Scott, sold to G.D. Proudley, Hall Farm, Kildale, Stoksley, Darlington, this time for 7,000gns.

W.H. Robson & Sons sold Kilbride Farm Saddam to Messrs R.T. & C.A. Bell, 18 Moygannon Rd, Donaghcloney, Craigavon, Northern Ireland, for 11,000gns. Saddam is a 19 month old son of the well known Carnkern Titan who had previously bred progeny to 9000gns. Saddam’s dam, Kilbride Farm Lupin is by Milnafua Graduate, the sire of another 1st prize winner from the previous day, Ashland Super Boy, who also sold for 11,000gns. Adrian Ivory, from Strathisla this time joined forces with Gerald and Morag Smith, Drumsleed, to purchase this Graduate son from Mr. P. Kelly, Ballreagh, Temp, Co. Fermanagh, Northern Ireland, who is out of Ashland Lucy, the Northern Ireland Female of the year in 2006.

Mr. & Mrs A.S. & Y.A. Leedham justified their long trip from Gunby Lea Farm. Grangewood, Swadlincote, Derbyshire, when they sold Grangewood Storm, another son of Popes Laird and this time out of a cow by the well known Gretna House Supersonic. He continued his long journey north when he was purchased by Pitgaveny Farms, Pitgaveny, Elgin, Morayshire.

Messrs B.G. & L. Allan, Glenturk, Wigtown, Wigtownshire, had to wait until late in the day for their 10,000gns bid for the 15 month old Glenturk Supreme. A son of Whitemire King Kong, Supreme is out of Glenturk Natasha by Milnafua Keystone, the sire of last year’s top price Glenturk Rolex. He sold to Courance Simmentals, Courance, Lockerbie, Dumfriesshire.

The third 8,000gns bid of the day went to Messrs G.A. & H.M. Francis, Pistyll Uchaf, Abergorlech, Carmarthen for Pistyll Sam by Raceview King, the same sire as the new breed Record Holder. He is out of Celtic Glamour by Brinkton Sovreign. Messrs Francis’ other bull Pistyll Sion, by the same sire had previously won the Intermediate & Reserve Overall Champion prize in the pre sale show and sold to Annandale Estates, Raehills, Lockerbie, Dumfriesshire for 7,500gns.

SIMMENTAL FEMALES A FLYER AT PERTH

Simmentals again saw their averages sore at Perth beginning with the female sale. 37 females averaged £1977 up £830 on the previous year.

Tillymaud Farms, Udny, Ellon, Aberdeenshire set the sale flying when the first lot in the ring made the top price of the day when Tillymaud Malvenas 53rd sold to Mrs. H. Clark, The Croft, 36 The Heath, Hevingham, Norwich for 4,200gns. Malvenas is a daughter of Blackford Lancer and out of Tillymaud Malvenas 42nd by South Park VIP. She was sold in calf to Dirnanean Reformer.

Corskie Roxanne, from J. Green, Corskie, Garmouth, Fochabers, Aberdeenshire sold to Mr. R. McCulloch, Over Hill House, Armadale, West Lothian for 3000gns. A daughter of Burghbridge Lane, she is out of Corskie Wren J32 by Ballinalare Farm Gascoigne and had been running with Ballinalare Farm Nightrider. Corskie Request, this time by Popes Laird and out of Corskie Bloom 4th sold for 2,800gns to Mr. J. Mosford, Weaver Farm, Cholmondley, Malpas Cheshire. She had also been running with Ballinalare Farm Knightrider. The third entry from the Corskie draft, Corskie Roxy, another Burghbridge Lane daughter, sold to Mr. N. Shand, Cairnorrie Farm, Methlick, Aberdeenshire for 2,100gns. The three Corskie heifers averaged 2,633gns.