The Northern Ireland Simmental Cattle Breeders’ Club has announced that Friends of the Cancer Centre is its chosen charity for 2014.

In addition to the club’s annual charity BBQ and auction, a prize draw has been organised by club member Pat Kelly from Tempo.

Tickets for the prize draw are priced at £2 each, or a book containing three tickets can be purchased for £5.

Prizes include: two nights B&B for two people at the Slieve Russell hotel in Derrylin; one tonne of Excelsior pedigree feed from Fane Valley; a mid-week B&B stay for two people in a lake view room at the Lough Erne Golf Resort and Spa; a £200 Marks and Spencer voucher; and a meal for two at the award-winning MacNean Restaurant at Blacklion, County Cavan, as well as cookery book signed by celebrity chef Neven Maguire.

The winning tickets will be drawn at the club’s annual BBQ which takes place at Dungannon Rugby Club on Friday, 8th August at 8pm. 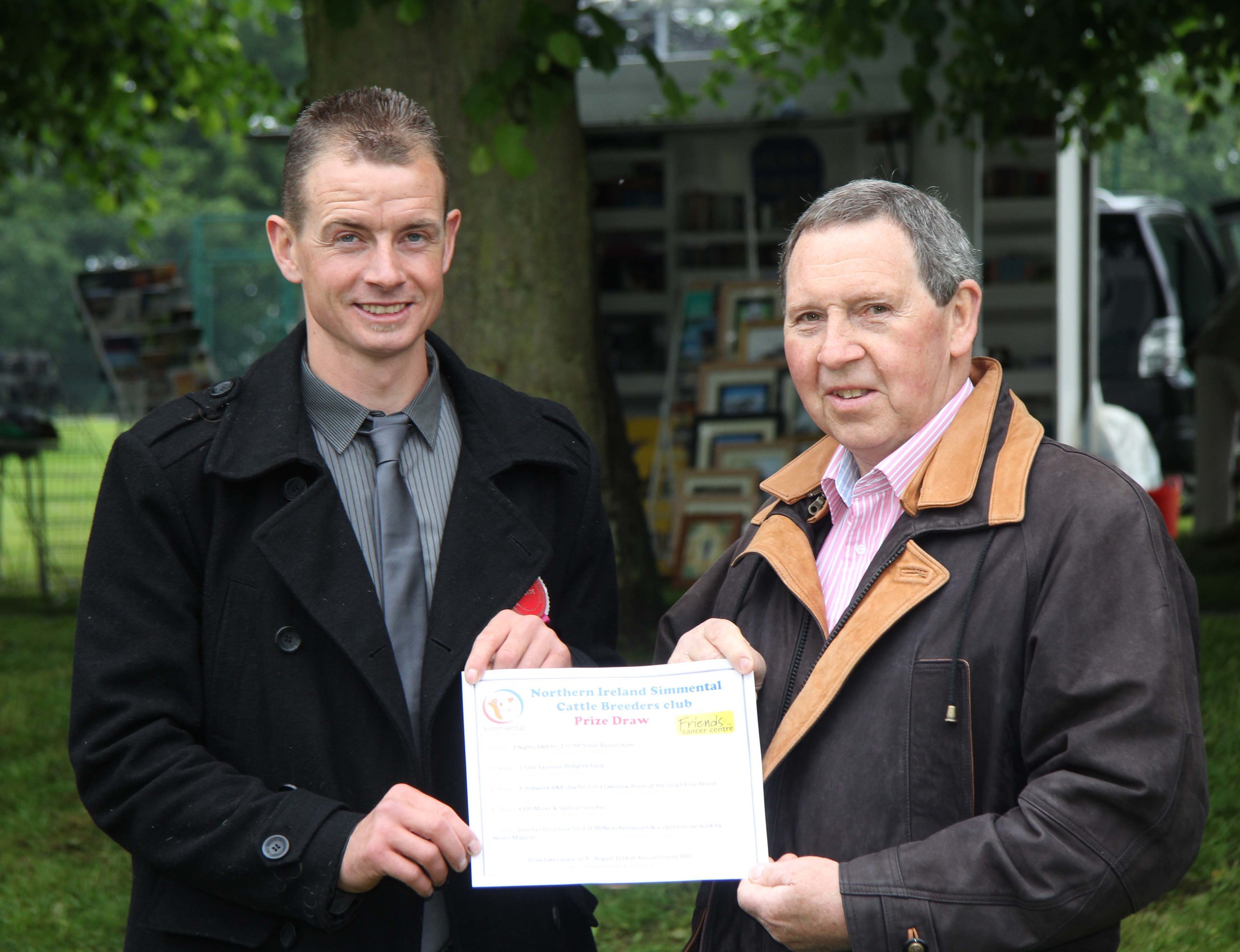 Club chairman Richard Rodgers said:”I would like to encourage everyone to support this year’s charity BBQ and raffle. There are some fantastic prizes on offer, and the BBQ is great opportunity for breeders and their friends to get together for a bit of craic, and raise much needed funds for a very worthy cause.”

Friends of the Cancer Centre is a leading local charity based at the heart of Belfast City Hospital’s Cancer Centre. The charity relies heavily on voluntary donations, and makes a real and meaningful difference to thousands of patients and their families from across Northern Ireland.