The increasing demand for Simmental Bulls was further emphasised again at the Stirling May sale where the breed achieved a 92% clearance to an average of £4433 an increase of £1135 on last year.
Judge for the day was Mr Stuart Grant, Druid Temple Farm, Inverness. 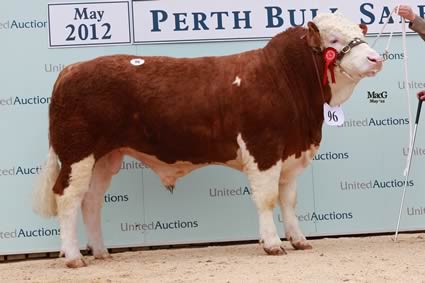 Topping the trade at 8800gns a new record for the breed at the May sale was Innerwick Butcher, a September 2010 son of Castlegate Titan, from Mr & Mrs L Moffat, Innerwick Farm, Innerwick, Dunbar, selling to Macfarlane Farms, Duns, Berwickshire. 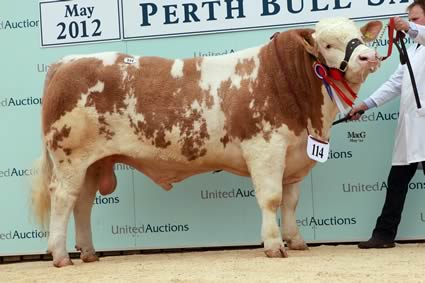 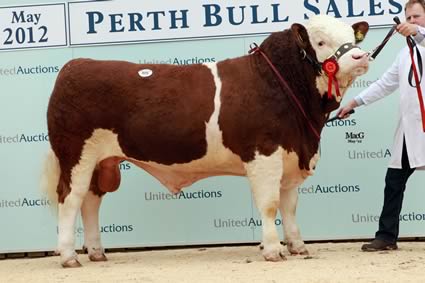 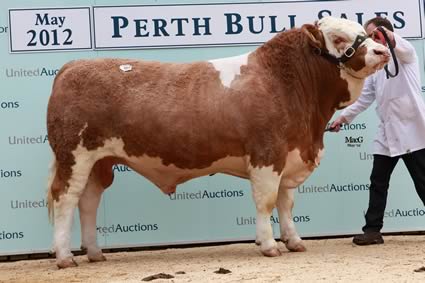 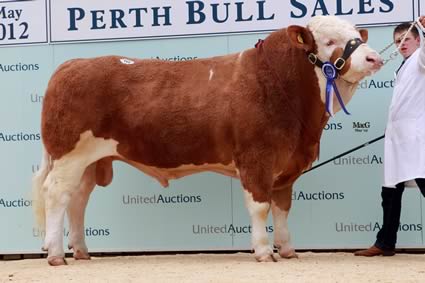