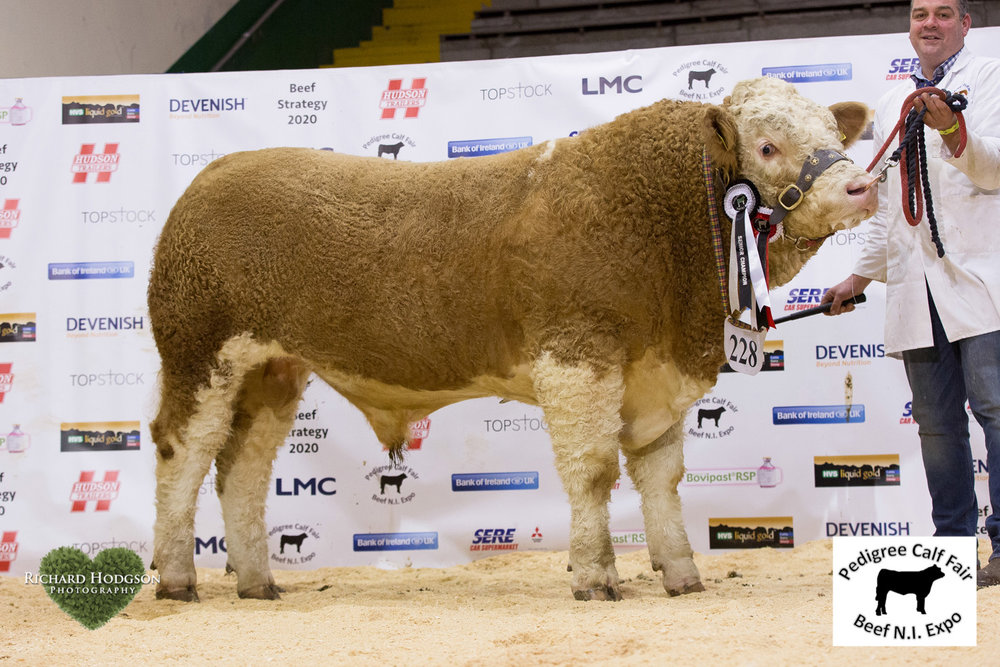 “It has been a pleasure to judge this impressive show.”

“This is a very correct bull with super locomotion. He has length, width, and great depth of thigh.”

Runner-up was the September 2015 Lisglass Gallant bred by Leslie Weatherup, and son Chris, from Ballyclare. This one is by herd sire, and former Balmoral champion, Dermotstown Delboy.

Iain Green said: “This bull has great width over the shoulder, and oozes breed character.”

Pat Kelly, and son Frank, Tempo, secured the junior championship award with the ten-month-old bull Ashland Humdinger. Also by Dermotstown Delboy, he is bred from Ashland Lady Diamond 7th – one of 10 cows in the herd.

Iain Green added: “The junior champion is an outstanding bull with great potenial. He has tremendous length and super bone quality.”

“This is another fine example of the breed with good width and length.” 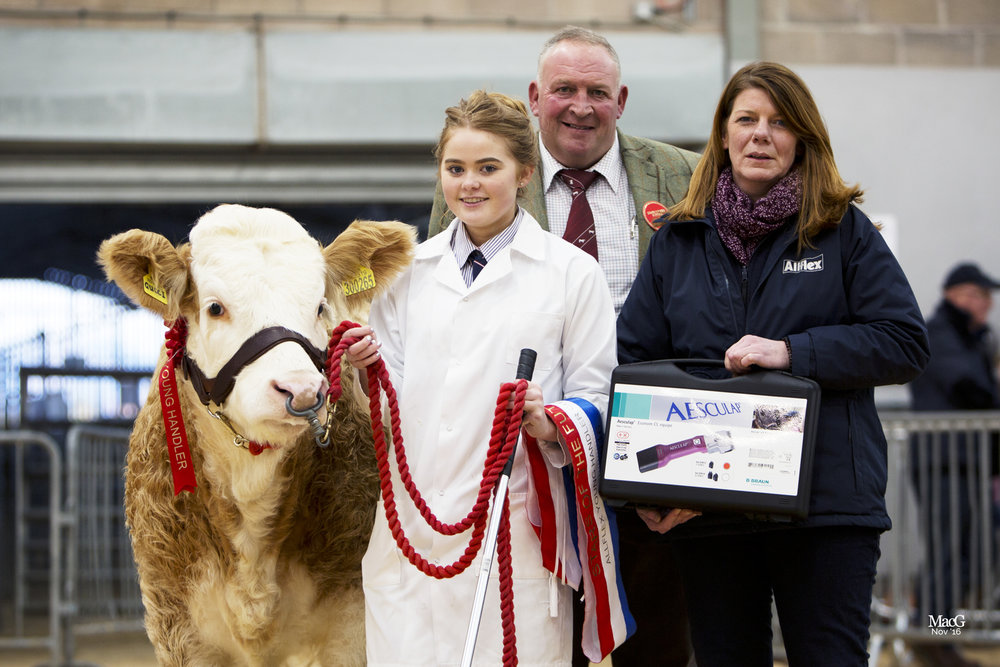 Emma McAlister was awarded the Senior & Overall (Interbreeds) Young Handler – Judged by Paul Walker and presented with a new clipper, courtesy of Allflex.