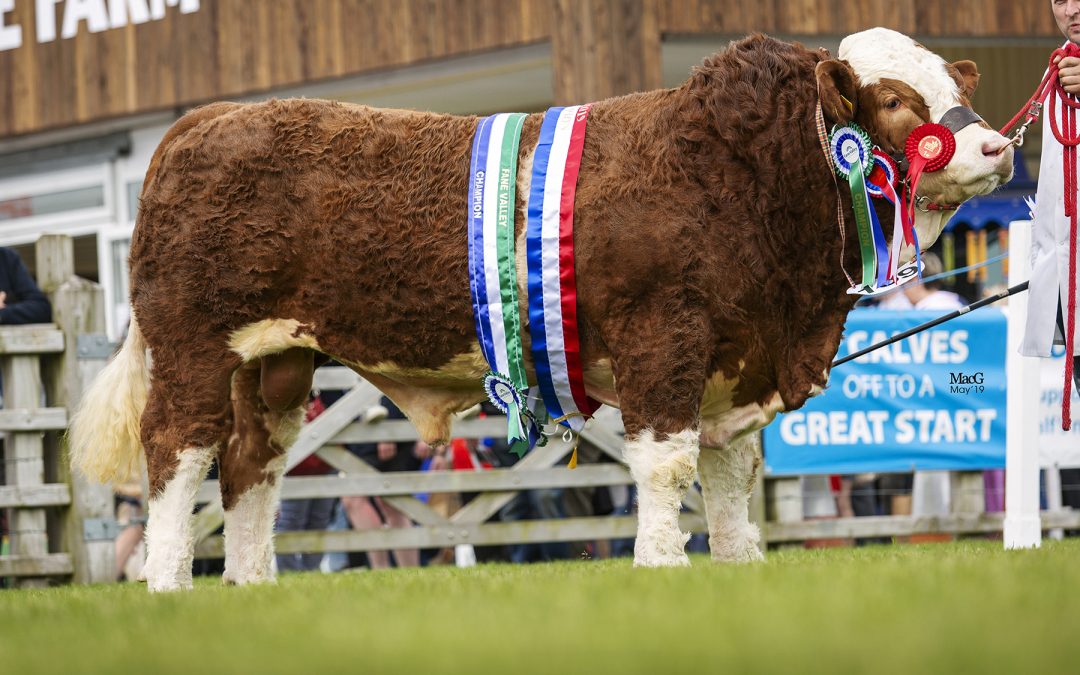 It was a great honour and privilege to judge the 151st Balmoral Show.  I would like to thank the committee of the Royal Ulster Agricultural Society for inviting me.  The weather was excellent, and this was a bonus for the exhibitors and spectators alike.

Due to the show being held early in the season and many part-time breeders the number of cattle forward was relatively small, but credit to the exhibitors, the quality was of a high standard.

As there was a single entry in the senior heifer class first place went to Ballinalare Farm Ivory.  In the intermediate heifer class, pole position was held by Ranfurly Weikel 23rd followed by Breaghey Leading Lady and claiming the third ticket was Lisglass Isla.  In the Junior Heifer class Cleenagh Jessica claimed first place followed closely in second place by Roscultan Jemina.  These were two super heifers which should mature into excellent cows. In third position was another decent heifer namely Bannhill Farm Jinx.

With no entries in the Senior bull class the Junior Male section was led by Ranfurly Jameson J2 18, an outstanding young bull with tremendous power and scale.  In second place was Bridgewater Farm Jed, this was another smart young bull with good potential followed by Bridgewater Farm Jenson from the same farm.  Finally, in fourth place was Lisglass Jasper.  The bulls in this class were all a credit to their breeders.

Finally, I would like to commend the exhibitors for presenting an excellent display of cattle and extend my sincere thanks to all the Stewards for carrying out their duties in a professional manner.