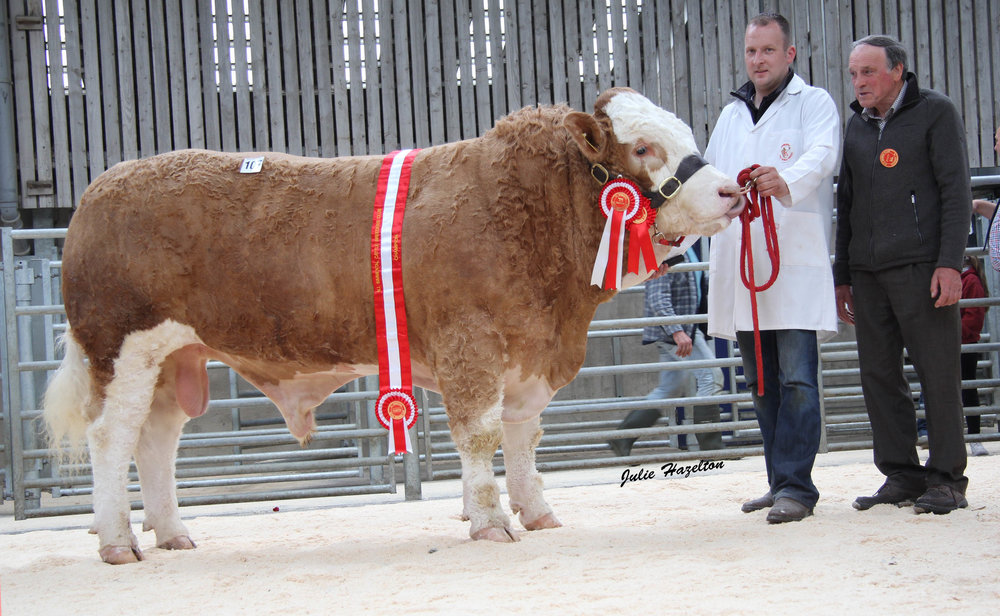 Trade was underpinned by both dairy and suckler herd owners with prices topping at 4,300gns, and nine lots selling to average £2,952 – up £726 on this time last year.

Topping trade was the male and supreme overall champion Ranfurly Husaldo ET TSI+78 SRI+91 from David Hazelton’s herd in Dungannon. This sixteen-month-old entry was sired by Hillcrest Champion, and is bred from the Raceview King daughter Raceview Mandy Beauty. Ranked in the breed’s top 15% for calving ease +3.3, he attracted strong attention from the packed salering and sold to Ross Millar for his 80-cow suckler enterprise at Newtownstewart.

This was the Ranfurly Herd’s third successive championship at a club show and sale. Ranfurly Fendt took the supreme award at last year’s evening sale in Ballymena, while Ranfurly Goodfellow was crowned champion at the club’s March show and sale in Dungannon.

Twin brothers Gary and Jonny McCammond from Randalstown scooped the reserve male and reserve supreme championship awards with Maghereagh Gandalf TSI+74 SRI+89. Born in August 2015 he is by Omorga Samson, and is bred from the Auroch Amos daughter Hiltonstown Emily – one of four cows in the herd.

Maghereagh Gandalf is in the top 15% for calving ease +3.7 and eye muscle area +4.2. He came under the hammer of auctioneer Graham Loughrey at 3,900gns, selling to Lindsey Wilson from Kilkeel.

Next best at 2,800gns was the first prize winning Kilbride Farm Herkules TSI+80 SRI+74 bred by the Robson family from Doagh. This fourteen-month-old bull was sired by Kilbride Farm Escalop, and is out of the Seaview Prince Charming daughter Kilbride Farm Eunice 67V. Buyer was Bernard Blee from Strabane.

Females peaked at 2,200gns, paid to Adrian Richardson, Maguiresbridge, for the female champion Cleenagh Honeybunch. This April 2016 born heifer is by Kilbride Farm Bantry, and is out of a home-bred dam by the 10,000gns Stirling champion Drumlone Anchor.  She joins Leslie and Chris Weatherup’s 35-cow herd based at Ballyclare.

Pat Kelly, and son Frank, from Tempo, realised 1,100gns the reserve female champion Ashland Lady Hannah. Born in May 2016, this one is by Delfur Decider, and sold to J Cormican from Lisburn.

A draft offering from Archie Reaney’s herd at Mowhan, Armagh, topped at 1,450gns, realised by the February 2016 Cladymore Harmony. She is by Kilbride Farm Cavan, and out of a home-bred dam by Bornbess Troy. Buyer was Brendan Mallon from Eglinton.

Robin Boyd, Portglenone, offered a draft from his noted Slievenagh Herd. They peaked at 1,450gns for the April 2016 born Slievenagh Hunny. Sired by Kilbride Farm Delboy, she is bred from a Kilbride Farm Newry daughter.  Buyer was Robert John Smith from Moneymore.

The NI Simmental Cattle Breeders’ Club is indebted to its sponsors Edenvale Simmental Herd and Connon General Merchants. The pre-sale show was judged by Kenneth Stubbs from Irvinestown.

­Results from the judging ring: 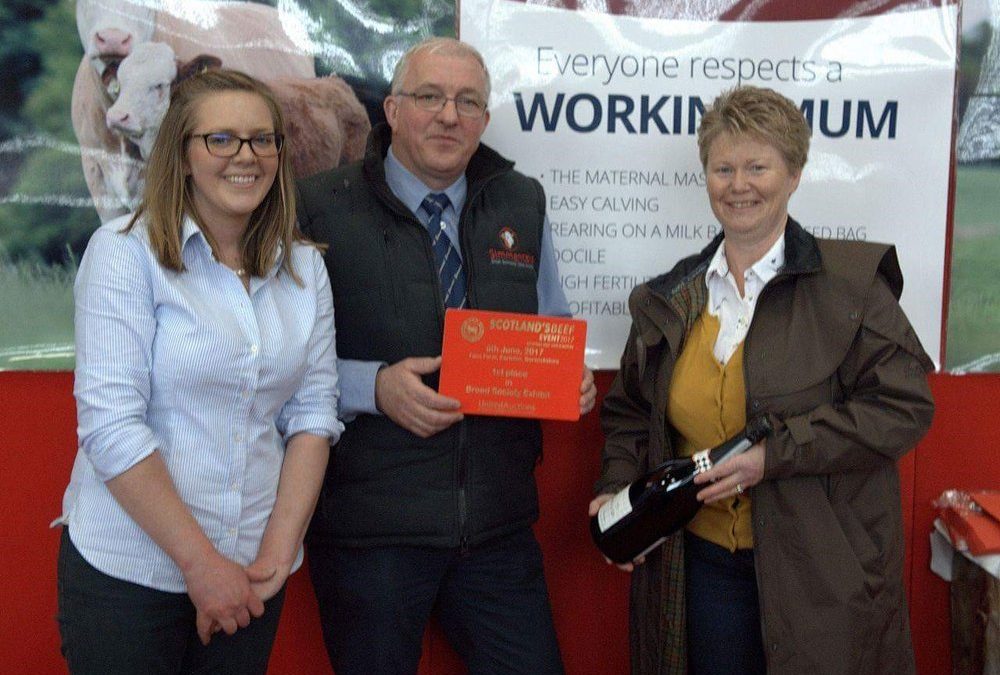 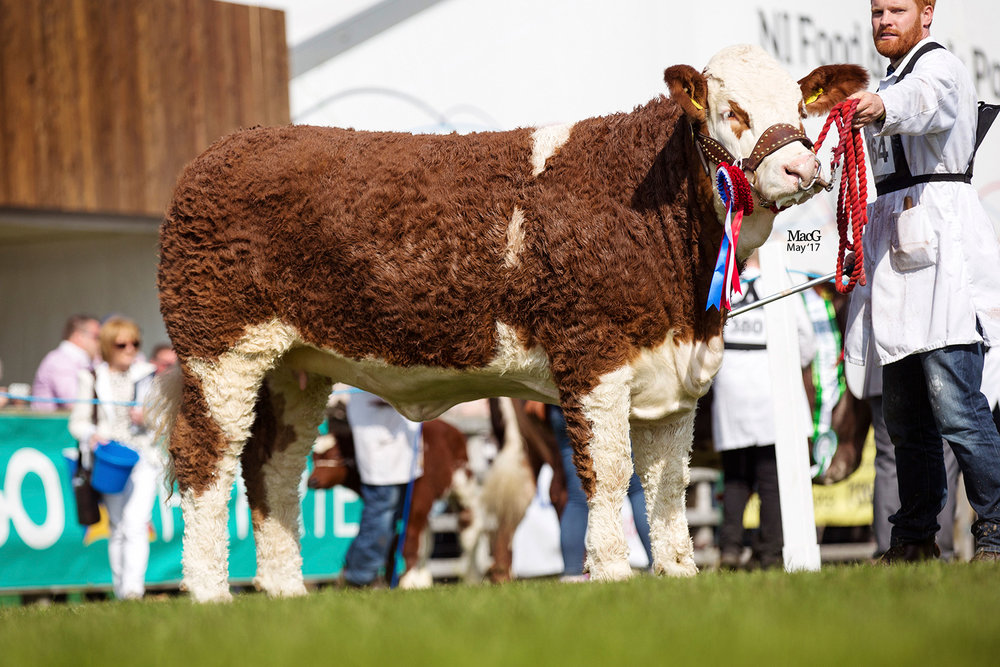